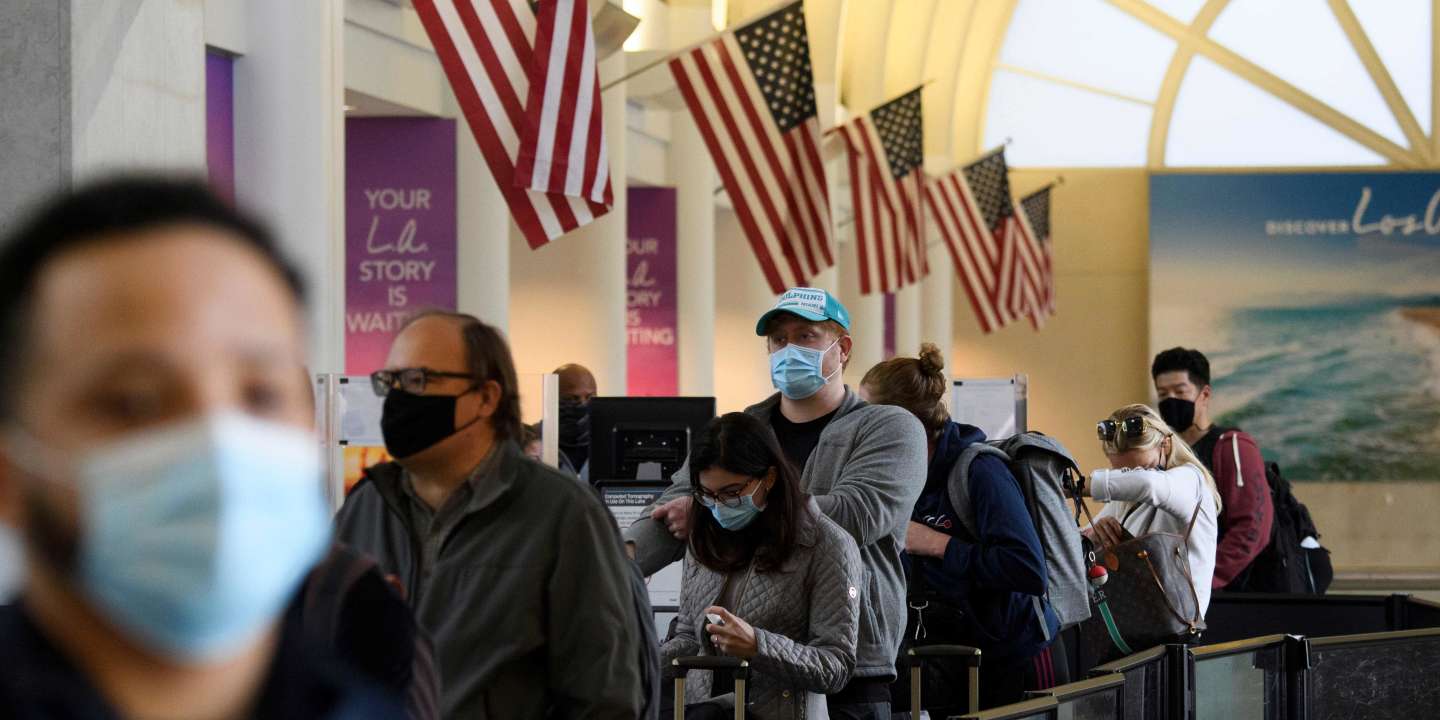 The pandemic linked to the new coronavirus has killed more than 1.45 million people worldwide since the onset of the disease in China at the end of December, according to a report established by Agence France-Presse (AFP) on Sunday, November 29. Some 62.1 million cases have been officially recorded, of which more than 39.5 million have been cured.

The United States is preparing to suffer the consequences of a Thanksgiving marked by the displacement of millions of Americans across the country. After a weekend of family celebrations, “We could see a new outbreak added to the outbreak” current of new contaminations, warned Sunday, the director of the American Institute of Infectious Diseases, Anthony Fauci.

At least 1.1 million people flew in the single day before Thanksgiving Day last Thursday, a record number since the pandemic began in the country in March, according to TSA, responsible for security checks at airports. The Chief Medical Officer of the United States, Jerome Adams, warns:

“I want to be clear with the Americans, the situation will get worse in the coming weeks. “

Several states had already seen a rise in new infections after the long weekend of « Memorial Day » end of May, which pays tribute to the American armed forces.

“We are getting ready to experience this outbreak [de cas] post-Thanksgiving, with three, four, ten times more sick across the country ”, that in May warned Doctor Deborah Birx, coordinator of the White House coronavirus crisis unit.

In this context, Dr Fauci explained that he was not considering a relaxation of recommendations not to travel or health restrictions before Christmas. In some states such as California, new restrictions have even been put in place in the face of the rise in cases: a curfew has been declared in San Francisco and Los Angeles has banned most public and private gatherings from Monday.

The immunologist, however, sought to reassure his fellow citizens by recalling that a vaccine would be available in December for people most at risk of developing a serious form of the disease.

In Europe, which now has more than 407,000 deaths from Covid-19, the easing of certain restrictions has been accompanied by demonstrations, notably in Spain to support the public health system and in Belgium to denounce the curfew.

In Belgium, around 20 people were arrested after a march in Liège against the night curfew, which extends in Wallonia from 10 p.m. to 6 a.m. The country announced Friday evening the continuation of the partial confinement put in place at the end of October, while allowing the reopening of shops from Tuesday.

Across the Channel, hundreds of people took part in banned protests against health restrictions on Saturday in London, and more than sixty have been arrested, police said.

The Lebanon Monday will begin a partial deconfinement after two weeks of almost total closure of the country against the backdrop of an increase in the number of Covid-19 cases. Restaurants will reopen “Up to 50%” of their capacity while bars and nightclubs will remain closed and weddings prohibited.

In Bolivia, the government announced that it would soon authorize the resumption of sports, cultural, religious and political activities suspended since March due to the epidemic.

In China, some 9,000 runners took part in the Shanghai International Marathon on Sunday. This year, the prestigious New York, Berlin, Boston and Chicago marathons have been canceled. Those in London and Tokyo had been reserved for elite runners.

To participate in the Shanghai Marathon, athletes had to undergo a Covid-19 screening test and wear a mask before departure and immediately after arrival. Some kept it on their face for the duration of the ordeal. The number of participants was also limited (around 38,000 athletes participated in the event in 2019) and spectators were encouraged not to attend the race.