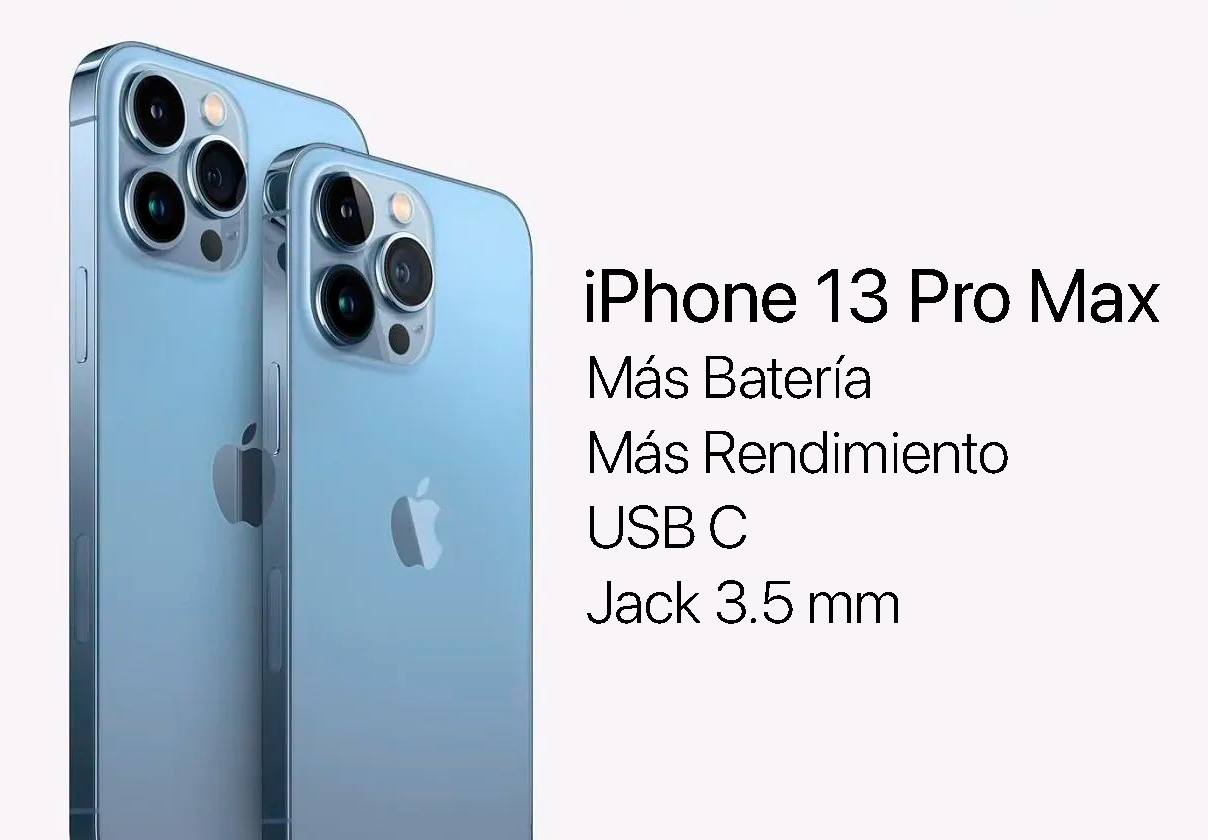 A nonconformist user has decided to modify his iPhone 13 Pro Max so that you get some features of your preference. We recently saw that a user modified the connector of his iPhone X to pass from a port Lightning a un USB C. Now comes another modification that takes everything to the extreme. The iPhone featured in this article now has the double batteryFrom fans to cool it down, USB C and a 3.5mm headphone jack port. And working perfectly!

The most beastly modification of an iPhone 13 Pro Max

The modification of this iPhone it goes beyond opening it and making the occasional change. The purpose of this modification was to make the most powerful devicewith more battery, with a usb-c connector and with a headphone port. They have achieved it all!

how did they make a iPhone 13 more powerful? By making it thicker they have managed to install of the fans in order to have active cooling. This means that the processor and all the components can be squeezed a little more. The result is a higher AnTuTu score to the one offered without the modification.

Regarding the battery, they have managed to include a cell to double its autonomy. With this iPhone 13 Pro Max it will be possible to be 2 days bypassing the charger. It can be said that it is the iPhone with the greatest autonomy in the world.

Lastly, users of this spectacular modification have installed a USB C port and a 3.5mm jack at the bottom. Both are fully functional, although the charging port is an extra and not a replacement.

A small (big) sacrifice in design

All these extras would not be possible without expand device size. Another of the modifications is in the design, since they have used the body of another iPhone to be able to expand it. Now it’s a Much thicker iPhone 13 Pro Max than before

Of course, this is the bad side of the modification. It is probably not a comfortable smartphone to use, as it seems to have almost 2 centimeters thick and a few extra grams of weight.

What we can assure you is that it is something only one in the world and quite a feat on the part of the creators. Most impressive of all is that it is a fully functional smartphone which has also improved its performance.

what do you think about the modification of this iPhone? Would you do it on your mobile?

Already bars and restaurants closed due to outbreaks

In London – Queen Elizabeth shed tears for her beloved Philip