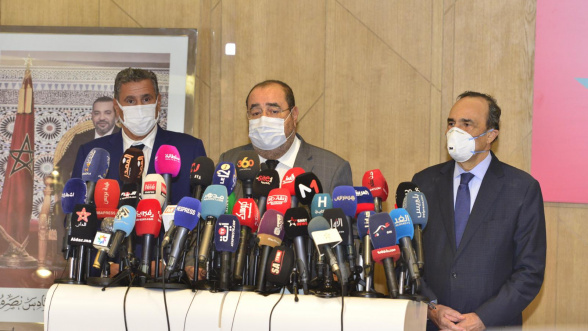 The National Council of the Socialist Union of Popular Forces (USFP) held a meeting on Sunday evening in person and in distance, during which it discussed the place of the party in the next political map, following the results general elections on September 8.

Presenting the political report, the first secretary of the USFP, Driss Lachgar, noted that the party, in view of the votes it collected, its benchmarks, its program, its political force, its relations and its alliances in the past as well as at the present time, should be part of the executive power at this stage, considering that “this is not due only to the results of the electoral operation, but relates to the presence of a clear and detailed offer made by the appointed head of government, who will define our final position ”.

“Given the results, our place is within the government team to support the new stage and the implementation of the New Development Model, but at the same time, we are a democratic party and we respect the democratic process, in its spirit and its form, ”he added.

On the other hand, the first secretary of the USFP underlined that the session of the National Council is held directly after the holding of the elections of September 8, with the new contours which they have secreted in the political and partisan landscapes and with their favorable echoes nationally and internationally.

The Kingdom forges its own model of development, in accordance with the guidelines of HM King Mohammed VI, through the good organization, simultaneously, of legislative, regional and municipal elections, despite the constraints resulting from the pandemic.

In the triple ballot on September 8, the USFP came in 4th with 35 seats.