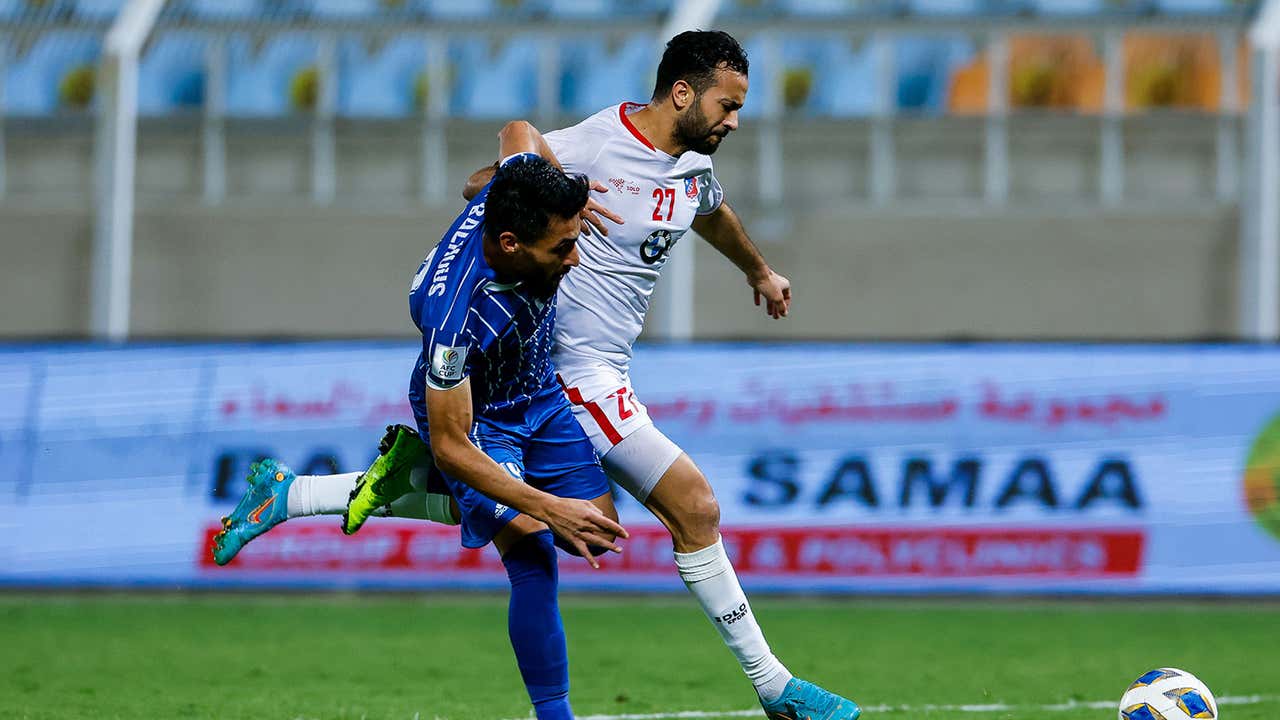 Yesterday, Tuesday night, unfortunate events witnessed during the confrontation between Kuwait of Kuwait and Jableh of Syria, at Al-Seeb Sports Stadium, in the third round of the group stage of the AFC Cup.

The two teams bid farewell to the cup:

The match ended in a goalless draw, in a meeting that witnessed an advantage for the Kuwaiti team in terms of technical level.

This draw raised Kuwait’s balance to 5 points in the first group runners-up, one point ahead of Al-Seeb; The leader, Jableh, is in third place with four points.

Kuwait and Jableh called the tournament a tie, as the first from each group qualifies with the best runner-up from the three groups for West Asia.

Thus, Omani Al-Seeb, Al-Arabi Kuwait and Bahrain East Riffa qualified as the first groups, and Bahraini Riffa reserved its seat in the next round as the best runner-up.

What happened in the match?

After the match ended, the green rectangle turned into a wrestling arena between the players of the two teams, in the complete absence of security and the match refereeing staff.

The melee witnessed a chase by Ibrahim Kamil; The Kuwaiti player, for one of the Syrian team players, who kept running away from the first, after he attacked a member of the home team.

The quarrel did not stop this two-way chase, but rather witnessed kicking with hands and feet between the players of both teams.

It is expected that the Asian Football Confederation will impose financial, administrative and public sanctions on both within the next few days.

Watch .. a collective fight between players #Kuwait Kuwaiti and #protoplasm The Syrian during the match between the two teams in the AFC Cup preliminary qualifiers. pic.twitter.com/peA1WRlJV1

Perhaps you will learn .. Al-Ahly definitely deserves to be relegated!

He returned to punish everyone for his dismissal .. Do not believe in the cunning of Ramon Diaz!

Ronaldinho: I’m happy for Mbappe and I wanted to be with Salah

A famous billionaire warns of a third world war and the end of civilization… for these reasons!