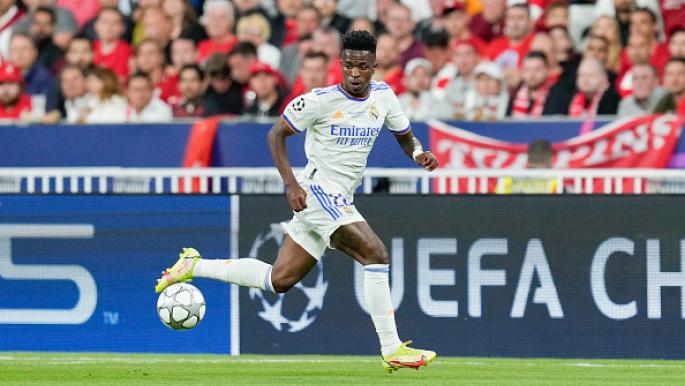 brazilian pop Vinicius JuniorReal Madrid striker, in the final Champions LeagueWhen he scored a decisive goal, he led his team to the 14th crown in the competition, supporting his record, and the Brazilian player scored the game’s only goal.

After he was satisfied with making goals for Karim Benzema, the final witnessed the absence of “Assist Man” and the emergence of top scorer Vinicius, who might have scored the most important goal in his career, and wrote his name in golden letters in the Real Madrid record.

And the Real gained a promising star, after many clubs preceded it to win his services, as Manchester United received 40 reports about the capabilities of Vinicius, who was 14 years old, when he was spotted by the scouts of the “Red Devils”, but he did not initiate a contract with him.

And the French “Maxi Foot” website revealed that one of the scouts who reports to the English club’s management, said about the Brazilian star that he had never seen a 14-year-old player do what Vinicius does, expressing his fascination with his high skills.

It is certain that the Manchester United administration is now lamenting that it did not enjoy the advice of the scouts, who raised a record number of reports calling for them to sign Vinicius during the period between 2014 and 2017, especially since the club’s recent deals were a failure.

The Brazilian star Vinicius appeared this season at a wonderful and distinguished level, and he had a great role in leading Real Madrid to win the Spanish League, and he also played an important role in the success of his team in overcoming the obstacle of strong clubs in the Champions League.

Epidemic affects economy, Samsung cuts production of mobile phones across the board – ePrice.HK