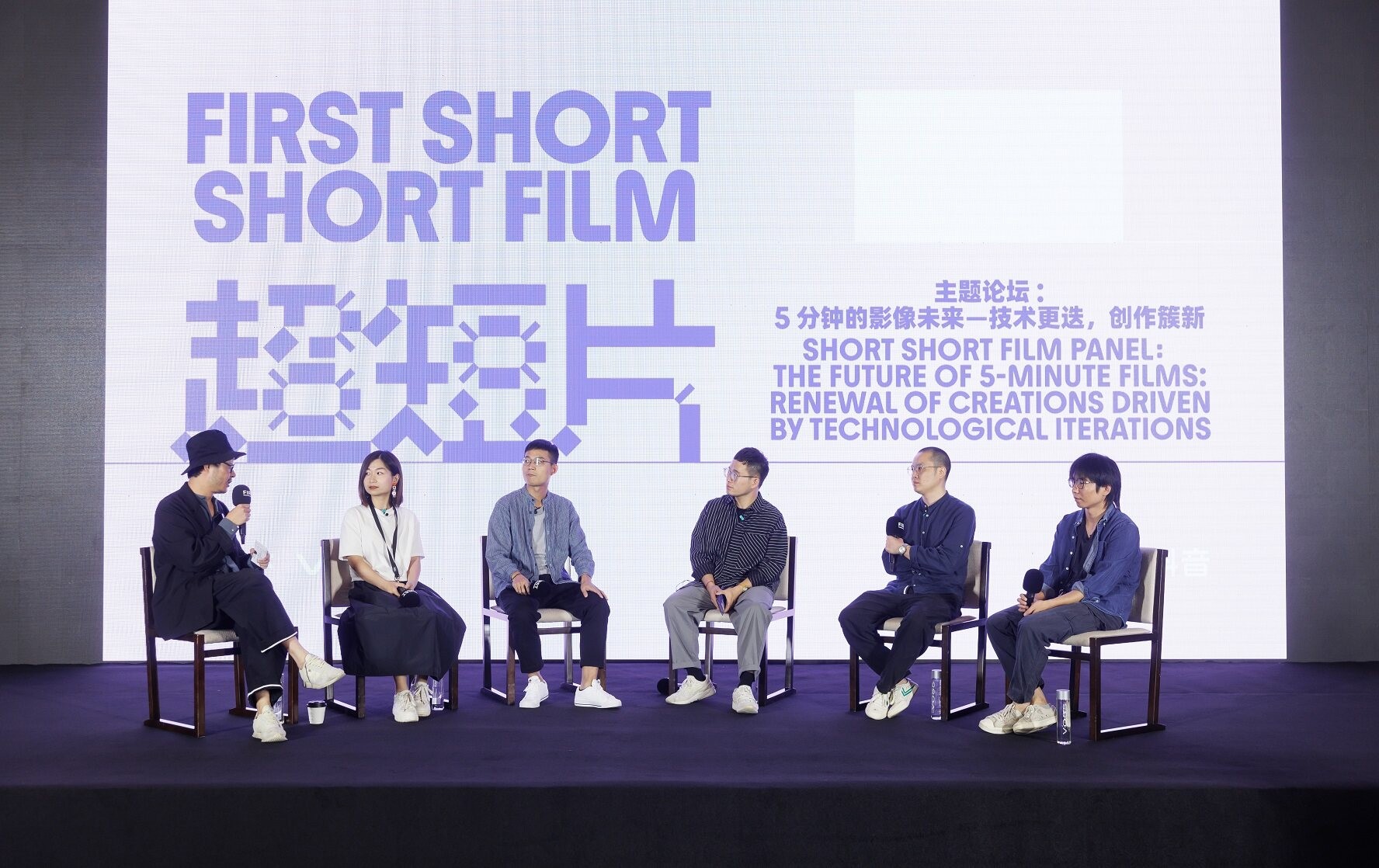 Exploring the aesthetic order and expressive boundaries of ultra-short films

“By 2022, the ultra-short film unit has grown for 3 years. In 3 years, we have received 2,800 works from the official website channel, behind which are 2,800 creators and teams. This year, the proportion of portable equipment shooting exceeds 55%, and the post-90s and post-00s generation Creators account for 88% of all entries, and the identities of creators are extremely diverse. In addition to those who study film creation and video creation, there are also furniture designers, accountants, aerospace designers, chefs, etc. The creation of ultra-short films has gradually entered the A more diverse and broader life.” Gao Yitian, COO of the FIRST Youth Film Festival, briefly reviewed the development of the ultra-short film in the past three years at the opening stage, and thus began to discuss the changes brought by the changes in shooting technology to the way of creation.

Artist Jiang Feiran, as one of the members of this year’s short-listed jury team, shared his criteria for judging ultra-short films: “Ultra-short films call for a collective creation, open-source creation, and at the same time can stimulate creation in reverse. Don’t be out of touch with the times, don’t close in, don’t enter your own little universe, you must have a relationship with the living reality, this is a kind of reverse stimulation.”

After watching the film work, Wu Qi, editor-in-chief of “Single Reading”, talked about the influence of super short films on creators: “Super short films require creators to complete a task within 5 minutes, no matter if the work is narrative or non-narrative. , 5 minutes of highly condensed presentation time, so that each creator’s personality and uniqueness are strengthened.”

The jury especially mentioned Zhang Xiaosha, the director of the work “The Travelers Are Not Fearful”, when talking about his experience of shooting a super short film, he said: “The 5-minute creation was very difficult at the beginning, but when you are immersed in the creation process , In the end, I abandoned all the experience and burden, and turned from difficulty to enjoyment, and now I really want to shoot another one, it’s too free.”

The Development of Moving Image Brings More Possibilities to Creation

Zhang Zhongchen, who won the Best Film and Best Director at the 15th FIRST Youth Film Festival with his first feature film “The Last Farewell”, described his feelings when he first shot the super short “Highway”: “I think The interesting thing about mobile phones is that many social events we see are taken by passers-by through mobile phones, and mobile phones let us see a lot of surprising things.” At the same time, his super short film also uses mobile phones throughout the whole process. For the shooting experience, Zhang Zhongchen said: “The biggest feeling of creating with a mobile phone is that I can shoot the material in front, which was impossible to do when shooting with a professional camera before. , 3′ may become ‘3, 2, 1’ or ‘1, 3, 2’ process, which has benefited me a lot.”

Director Zhang Xiaosha recalled his shooting process and mentioned: “We are like craftsmen, and we happen to have a convenient device like a mobile phone. It is like a small carving knife, and we don’t even have to go to it for a moment. The more you think about it, the more you can sculpt it, and the state you feel can be conveyed to the audience.”

Liu Yinwei, senior image effect product manager of vivo, said: “Mobile phone image creation is characterized by convenience and concealment. Such a small size can be more flexible to shoot anytime, anywhere, and can bring us some different shooting perspectives, such as You can shoot in a small space or even on the water, which may be difficult to use with large shooting equipment. At the same time, its small size will put less pressure on the subject, making it more suitable for shooting. Amateur actor.”

Under the current trend of accelerated changes in imaging technology and mass media, the guests will start from their own perspectives on the future development and evolution of 5-minute videos, the trend of self-renewal of ultra-short films, and their possible impact on the entire video creation ecosystem. expressed his understanding.

In the face of the rapid change and transmission of information, Wu Qi believes: “Non-professional creators bring wildness and directness in content and themes, and wild content will find it easier to find the core of today’s era.”

Jiang Feiran said: “Ultra short films are to some extent the freshest, most sensitive, and most direct sensor and sounder for this era. Ultra short films and the latest media are completely symbiotic. The ultra-short film of the film is particularly suitable for the way we perceive it.”

Director Zhang Zhongchen said from the creator’s point of view: “Actually, I don’t think it is important to define a super short film. In fact, as long as it is a brave and real image, it does not care about the form or what you say.”

Liu Yinwei, senior image effects product manager of vivo, believes that the creation of ultra-short films will have more spatial and morphological extensions, and vivo will continue to see more needs and truly serve the technology to the needs: “The research and development of technology ultimately It is still necessary to serve consumers, users, and creators’ video needs. Every year, FIRST Film Festival vivo will have face-to-face and in-depth exchanges with the creators of ultra-short films to understand their shooting process and creative process. Some pain points and needs, bring these problems to the needs of technology research and development, and improve and innovate in the next generation of products.”

As the first mobile phone brand to launch an ultra-short film competition with professional films, vivo has joined hands with FIRST for three consecutive years, hoping to encourage more people to use mobile phones to record their lives, explore the boundaries of humanistic image creation, and discover mobile phones through the ultra-short film unit. Potential as a creative tool. At the same time, through exchanges with professional film creators, vivo has an in-depth insight into the real needs of each creator, feeding back the development of vivo’s imaging technology, helping vivo improve its own differentiated imaging culture construction, and realizing two-way nourishment for products and brands.

Some of the shortlisted works of this year’s ultra-short films have been screened online on August 2, and will be available to the public on the FIRST ultra-short film Douyin account and vivo’s official Weibo account.

Covid: 207 cases were confirmed in Saudi on Wednesday