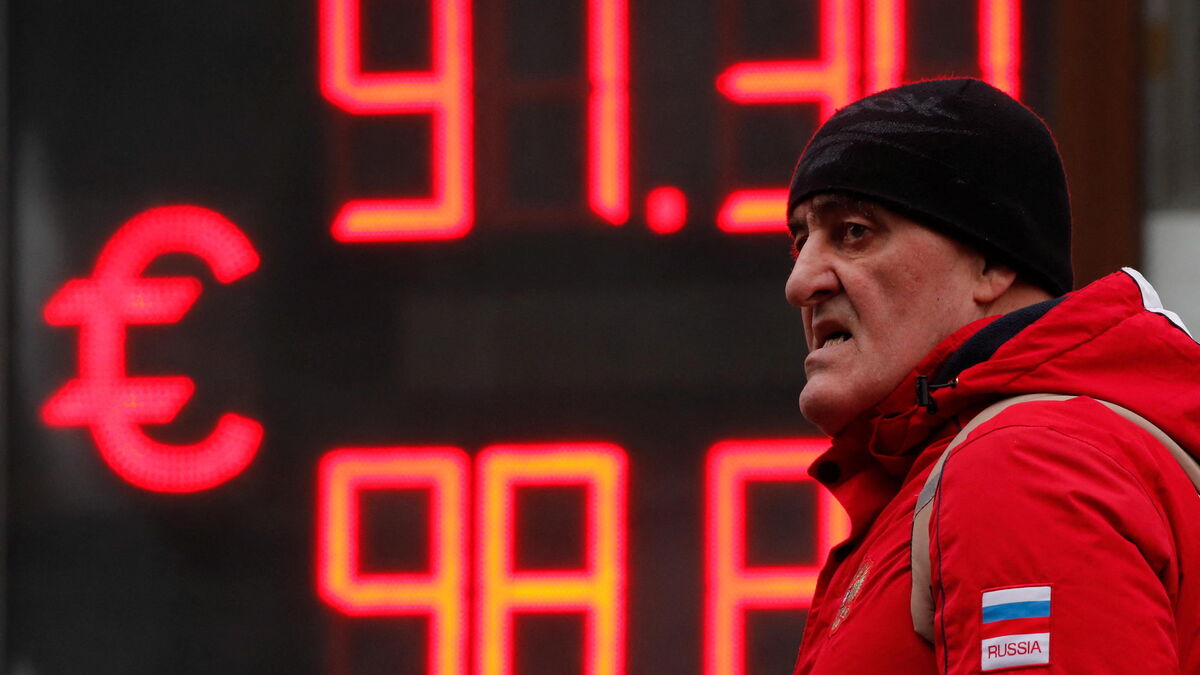 The Russian ruble plunged nearly 30% against the dollar on Monday after international powers imposed new, tougher sanctions on Moscow over its invasion of Ukraine. The ruble was listed down 27% to 114.33 rubles per dollar in international trade, according to Bloomberg News.

The United States and the European Union have said they will exclude certain Russian banks from the Swift international banking payment system and have personally targeted Russian President Vladimir Putin and his Foreign Minister Sergei Lavrov. They also prohibited any transactions with the central bank of Russia.

PODCAST. Ukraine: the escalation towards war told by our reporters

“The withdrawal of some Russian banks from Swift could lead to oil supply disruption as buyers and sellers try to figure out how to navigate the new rules,” Andy Lipow of Lipow Oil Associates noted at Houston.

Other sanctions if Russia does not stop its invasion

Operators will closely follow a Wednesday meeting of OPEC+, which brings together the thirteen members of the Organization of the Petroleum Exporting Countries (OPEC), led by Saudi Arabia, and their ten partners led by Russia, meeting at during which they will discuss plans for additional production.

The group has already agreed to gradually increase production each month, but the Ukrainian crisis could upset those plans.

VIDEO. Russian nuclear deterrence: “The war in Ukraine has just changed in nature”

The G7 countries – Canada, France, Germany, Italy, Japan, Britain and the United States – have warned that they will take “further measures” in addition to the sanctions already announced if Russia does not cease its operations military.

Rare diseases: three million people suffer from them in France