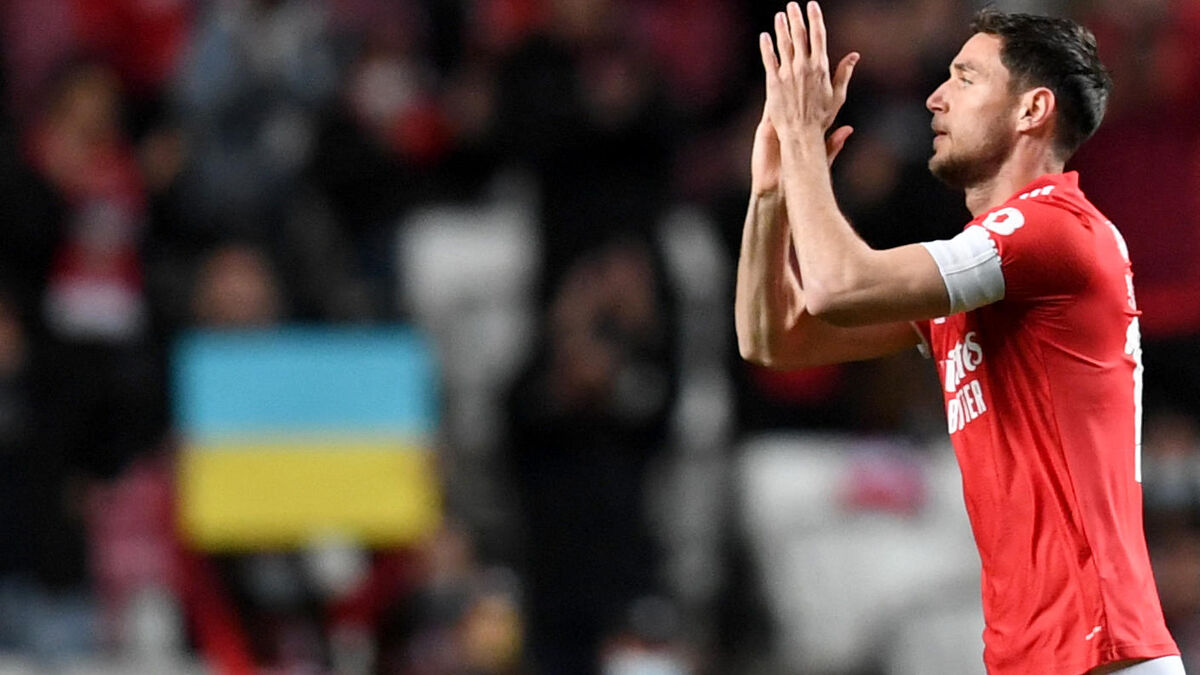 The sequence – powerful and poignant – lasts long minutes. A magnificent moment of communion, fervor and intense emotion that sends shivers down the body. When he entered the game in the 61st minute of the Portuguese league match against Vitoria Guimaraes, Roman Yaremchuk, the Ukrainian striker of Benfica Lisbon, received an incredible ovation from the public at the Luz stadium. Fans have shown him, in their own way, their support as his country is attacked and invaded by Russia. The video is visible on social networks including that of the club.

In a stadium where the supporters, standing, applauded him for a long time before he even entered and waved signs in support of the Ukrainian people, the striker, who received the captain’s armband when he entered the lawn, quickly was overcome with emotion. He couldn’t contain his tears.

After the match, the interested party spoke on his Instagram account to thank “the Portuguese people”. “Dear Benfica fans, team partners, staff, managers and just the people of Portugal, all of Ukraine thanks you for this support. The Ukrainian people will remember this moment for the rest of their lives. Your applause is not for me but for all the people and all the soldiers who protect my family, my friends and all of Ukraine. »

Last Wednesday, against Ajax Amsterdam in the Champions League, Yaremchuk celebrated his goal by showing off a black jersey in support of his country. “I have thought a lot about this and I am afraid of this situation. The club supports me, they spoke to me and wanted to do everything to help me. I thanked them, but for the moment everything is fine, ”he then explained to CNN Portugal after the meeting.

Since the beginning of the Russian invasion in Ukraine many Ukrainian athletes have received tokens of support from supporters across Europe and the world. Others, more and more numerous, abandon their usual playgrounds to join their country and defend it.

Are these the computers you need if you continue to telecommute?