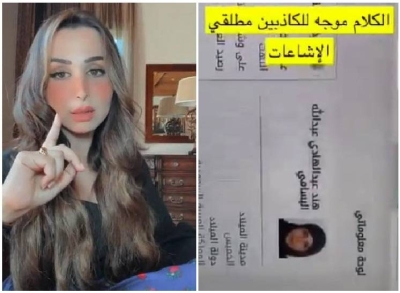 Al-Marsad newspaper: Hind Al-Qahtani responded to those skeptical about her escape outside the Kingdom and the validity of her official papers, with a video through her account on Snapchat, explaining that her exit was correct and with proper official papers.

Hind Al-Qahtani’s form in the official papers seemed different from her real image, especially the one that appears in her through the filter via Snapchat, as she wore in the official passport photo, a black veil with a cloak of the same color.

Demolition of Soviet monuments in Estonia

“I want to be a Warriors legend”