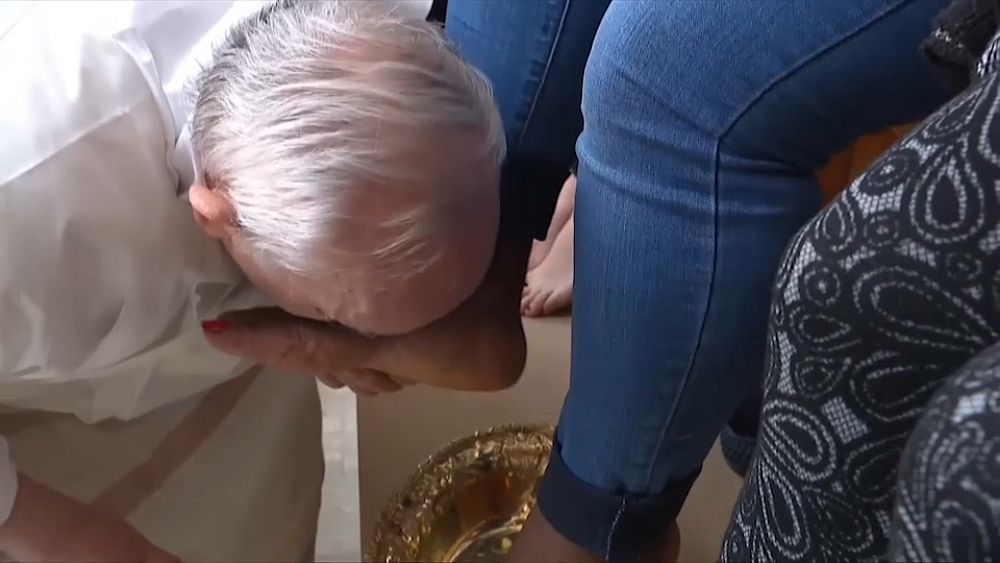 Pope Francis traveled to Civitavecchia prison in Italy to wash andkissing feet Dozens of Inmates, part of a sacred tradition that symbolizes humility and highlights the papacy’s concern for those on the fringes of society.

The Vatican said the Pope washed the feet, like Jesus Christ, “in a sign of love inspired by love” for the purpose of service and humility. This ritual comes before Easter.

The Vatican indicated that the number of inmates is 12, including men and women of different ages and different nationalities.

As a symbol of the number of Jesus’ apostles, the twelve prisoners sat on chairs on a raised platform.

The Pope washed, dried and then kissed the feet of each prisoner, in a tradition that usually precedes the celebration of Easter. In return, some prisoners bent down to kiss the Pope’s hands and express their gratitude.

Then the Pope held a mass in the prison chapel, attended by prisoners, some prison staff, and the Italian Minister of Justice.

Previous popes used to hold Holy Thursday rites in one of Rome’s largest cathedrals, where they washed the feet of 12 priests. But Pope Francis He was transferred to places of detention such as prisons, immigrant centers and nursing homes, in order to emphasize his symbolism.

Finnish Minister: Our application to join NATO is “very likely”

latest news of the conflict with Russia today April 15