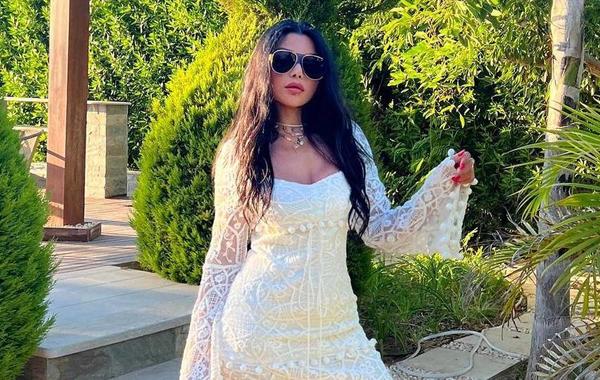 The new song is written by Wael Tawfik and composed by Ahmed Mohy, while the video clip is directed by Elie Fahd.

Haifa Wehbe promoted her new song through her official accounts on social networking sites, including her official account on “Instagram”, where she posted a video clip of the song and said in her comment: “My new song was born on my official YouTube channel and all applications.”

Haifa Wehbe released her new song this summer, entitled “Tigi”, from the words of the poet Ahmed Abdel-Nabi, and composed by Gharib, where the song is still achieving great success and high follow-up rates.

Haifa Wehbe also promoted her new movie “Ghosts of Europe”, which began showing in theaters. The events of the film revolve within a framework of action and adventures in a new and different way, which Egyptian cinema has not touched before, in addition to some romantic scenes, through the role of a wife who gives birth to 6 twins; The husband is forced to sell 3 of them due to poverty, and when the wife discovers the matter, she decides to leave her husband and travel abroad, and many sibling conflicts arise in the future.

Haifa Wehbe returns with the movie “Ghosts of Europe” to the cinema after an absence of 8 years since she presented the movie “Halawet Rouh” with director Sameh Abdel Aziz, while she appeared as a guest of honor in the movie “Khair and Baraka” with Ali Rabie and Mohamed Abdel Rahman “Tota”.

To see the most beautiful pictures of celebrities, visit “Instagram madam”

How do I know if I slept well last night?