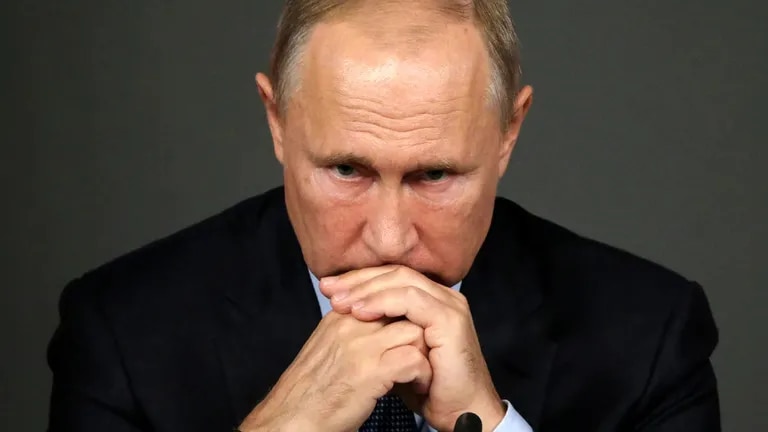 Since the start of Russian invasion of Ukraine in February, doubts about the health of the Russian president, Vladimir Putin, they intensified. Nevertheless, The Russian government now denied that the president has health problems or suffer from any disease. “Putin appears in public every day, they can see him on the screens, read and listen to his speeches,” said the Kremlin Chancellor, Sergei Lavrovon French television TF1.

“I don’t think sane people can see signs of any kind of illness or disease,” the minister said about the president, according to the Russian news agency Sputnik, and I add: “I leave it to the conscience of those who spread those rumours, despite the daily opportunities to assess what any person looks like.”

Since mid-April, versions have been circulating frequently indicating that Putin, who is serving 70 this year, suffers from some illness such as cancer or Parkinson’s. Those rumors began to spread after the president appeared holding on to a table during a meeting with his Defense Minister, Sergei Shoigu.

Even British intelligence sources asserted in the media that Putin was seriously ill last week. Despite this, as clarified BBC Newsthe versions about the condition of the Russian president emerged for years, while he always showed his love for sports and his link with a healthy life.

For a long time, moreover, the Kremlin has tried to present a vigorous image of the president and hid any ailments or illnesses, including a low-grade fever or injury from a fall from a horse.

The Russian president was locked up for two years and away from the public eye due to the Covid-19 pandemic and shortly before ordering the invasion of Ukrainian territory, he resumed his appearances in mass events.

While Russia continues its advance in the Donbass regionLavrov said that the “liberation” of the eastern region was a “priority” for Russia and insisted that the Kremlin fight against a “neo-Nazi regime”, according to what he published BBC News.

The Foreign Minister said that the Russian soldiers are “under strict orders to avoid attacks on the civilian population” when asked about the human cost of the fighting, which, according to the UN, is at least 4,031 dead civilians and 4,735 wounded. as well as more than 14 million people who fled their homes.

Lavrov also told TF1 that winning in “the Donetsk and Lugansk regions is an unconditional priority”.

Napoli president puts pressure on Mertens: ‘Will he choose the vile money or the privilege of living in Naples?

Three major forces made their might together, soared 2.06 points and closed as the second strongest Asian currency | Anue Juheng-Forex