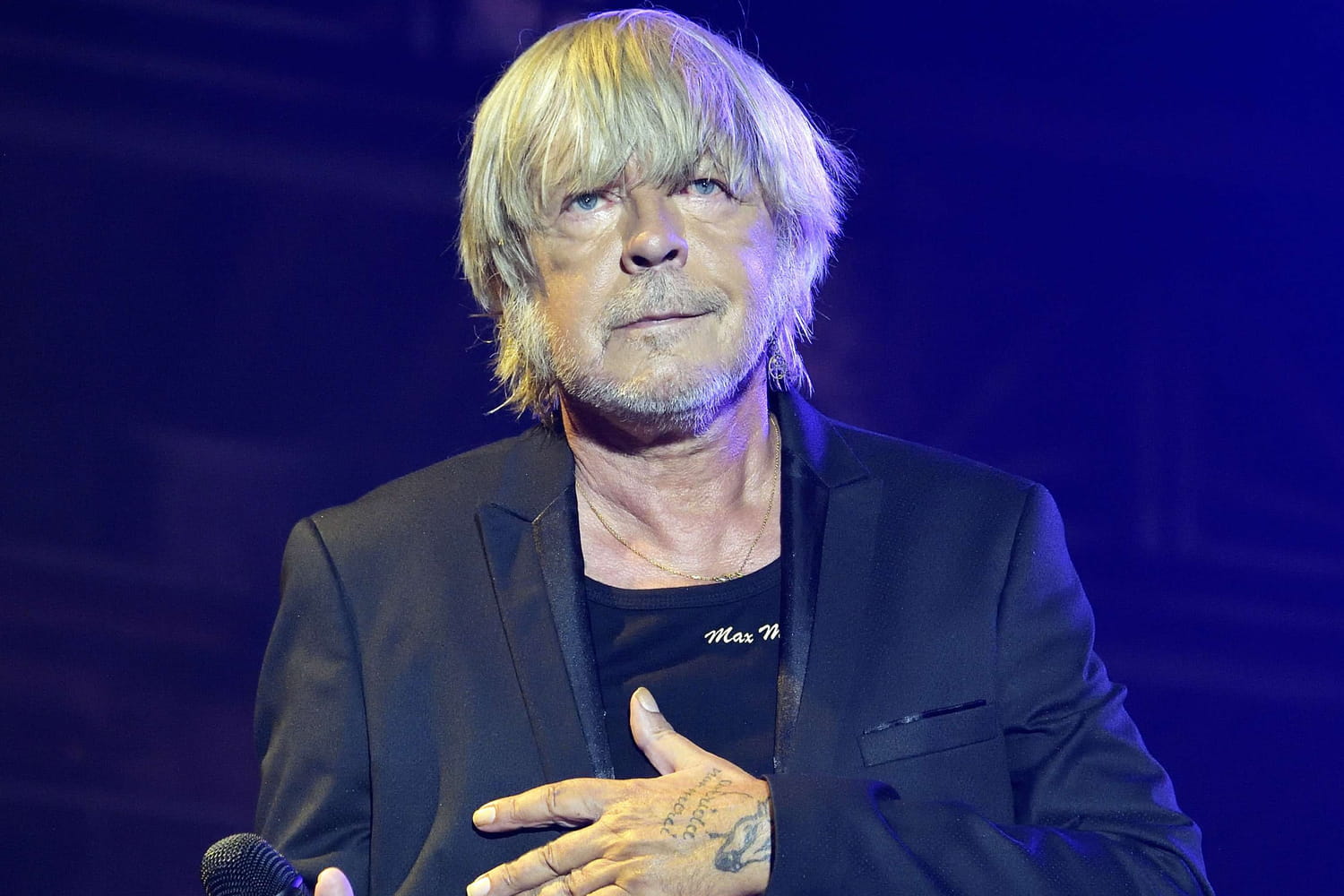 RENAUD. Singer Renaud is currently in the studio to record a new album, expected in early 2022.

“It will hurt !” Two years after the release of his last album, Les mômes et les enfants avant, Renaud announces his return to the bins. According to information from Parisian, the 69-year-old singer returned to the studio to record new songs (or almost), expected in early 2022. “I’ve been in the studio for ten days, I’m preparing an album of covers, thirteen old French songs that have marked me, Yves Montand, Jean Ferrat, Moustaki, Reggiani, Françoise Hardy “, confides the artist, very discreet in recent months, to the newspaper.

Wednesday September 8, Renaud played the guides at the exhibition dedicated to him at the Philharmonie de Paris, in the company of his daughter, Lolita, his friend the emergency physician Patrick Pelloux and journalists. The opportunity for him to say a little more about this new album, which will be released in February 2022. “There are still the vocals and the violins to do. I wanted to make this album for years. We work between Paris and L ‘ Isle-sur-la-Sorgue, where I have lived almost year round for two years. It will be released in February, when there will be no more competition. And it will hurt! “, Launches the Phoenix.

Health side, Renaud ensures that he is better, after months of worry. Sober since the beginning of the year, he explains to the Parisian. The singer explains having “eliminated the cigarette”, going “from sixty a day to fifteen”. “I am a new man. I just have a problem with the muscle in my back, which forces me to sit down regularly,” adds Renaud, who will not go back on stage. “I’m retired. I’ll do a minimum of promotion, that’s all.”

Renaud, who published a song on the coronavirus last summer, adds that he was vaccinated, despite his reluctance. “I’m vaccinated. I didn’t want too much at first, I’m still against… vaccines. But I need the health pass to go to my bars, restaurants, taxis, to visit this exhibition… So I did it, ”he explains to the Parisian.

“For all the friends who suffered from this fucking virus, for all the caregivers.” It is with this message that Renaud published a surprise song, Wednesday July 8, 2020, baptized Corona Song and uploaded with its clip. As its name suggests, the title evokes the Covid-19 crisis, with several messages: against Donald Trump or this “virus asshole”, but also in support of the controversial Professor Raoult. “When I think of the brave Doctor Raoult / Conchié by jealous colleagues / By pundits, luminaries / Who have the balls to lose wheat”, he sings in a trembling voice.

But Renaud assured him not to be afraid of the virus: “Me, I’m crazy I’m immune, I have thousands of antibodies. I also have anti-cons. It must be said that in France they are legion . ” In the clip, we discovered his face half covered by his famous red scarf, transformed into a mask. In a sleeveless leather jacket, Renaud appeared in a garden near L’Isle-sur-la-Sorgue, in Vaucluse, where he lives, accompanied by two guitarists, a bassist and a chorister, also masked.

On social networks, the comments were not long in coming. Internet users, taken aback by this Corona Song, sometimes criticized the positions taken by the singer in favor of Professor Raoult, sometimes the lyrics of the titles, considered “too poor” in comparison to the work of the interpreter of Winner Mistral, for his approximate wearing of the mask, or for the choice to display himself thus, trembling voices and hands, worn out by years of excess. Still others, accusing him of racism when he sings about China, “this country where we eat dogs, bats, pangolin.” And according to his friend Thierry Geoffroy, director of his last record, this song already announced a new album, Renaud’s 18th. “He tells everyone he’s going to make an album. In general he knows. It works like that, Renaud. You never know with him. He’s got it all in his head, he doesn’t speak (…) , but everything is spinning in his head all the time. And then all of a sudden, he’s going to write a text, and then another, and then another, “he explained to BFMTV.

Before Corona Song, Renaud posted on Wednesday July 8, a song about the coronavirus and the crisis that the pandemic has sparked. This surprise title on the Covid-19, it was his friend Thierry Geoffroy who wrote and composed it. “It’s funny, isn’t it? We did that in ten days. Renaud wrote this text at the end of the confinement which was harsh. Forbidden to go out, for him, it’s hard. He got pissed off at L’Isle, even if we could see each other while paying attention. I composed the music, we recorded the song with friends. Renaud wanted to throw it out like that but we told him it would be better with a visual. was made the clip with family, at and with Carole, a friend who plays in a cowboy dress in the video. My son was also there and as he is a production manager, he took advantage of his knowledge to edit the images. All that is improvisation. And it amused us a lot, “he explained to the Parisian.

On Friday, November 29, 2019 came out the last twelve unreleased by Renaud, collected in his 17th studio album, baptized Kids and kids first. “An album on the theme of childhood, dear to Renaud, which will also speak to adults!”, Was promised on the cover of this disc. And to illustrate this new disc the interpreter of Winner Mistral appealed to Zep, father of the famous Titeuf, character for children (but not only) with the yellow wick. He signed the album cover, but also created a character for each of the songs it contains. If Renaud wrote eleven of the twelve unpublished Kids and kids first, he entrusted the music to Renan Luce, his son-in-law, Thierry Geoffroy and Romane Serda.

Kids and kids first contains twelve titles, including eleven unpublished written by the singer, who confides in his texts on his childhood, but not only. Renaud evokes his fights, against alcohol in particular, but also his injuries, after several difficult months.

For months, despite the concerns, Renaud has claimed to be in good health. Before his statements in September 2021 in Le Parisien, reaffirming that he had reduced smoking and stopped alcohol, he already explained in September 2019 on RTL to be in “perfect health.” “It’s going very well, despite what the celebrity press says, the gutter press. I have no stroke, no liver cancer, or cirrhosis of the liver (…). I have been in perfect health for a long time. year, I haven’t drunk any alcohol for 9 months. I’m perfectly clear-headed and happy. ” And to add in Le Parisien: “I am always surrounded by friends who drink. Moderately, but who drink. But I don’t drink. I am at Bitter San Pellegrino”. Something to reassure his fans.

Renaud has been comfortably installed among the most popular French artists for more than fifty years. With twenty albums released since 1968 and nearly twenty million copies sold, he is also one of the most prolific artists. Born May 11, 1952 in Paris, Renaud Séchan has one of the richest careers in the French musical landscape. Since his early years, his titles like winner Mistral, Morgan of you, Let it go or, more recently, Still standing, go through the ages. Despite a life of fighting against his old demons, especially those of alcohol, Renaud does not seem decided to pass the microphone. And in the events, he has always been able to count on his fans and his relatives, always by his side.

Renaud’s daughter, Lolita, is omnipresent in the singer’s life. Born August 9, 1980 in Paris, it is the result of the singer’s marriage to Dominique Quilichini. Married to singer Renan Luce, who signed several music for the record “Les mômes et les enfants avant”, in 2009, she has a daughter, Heloise, born August 3, 2011. The couple separated in 2016. Writer, Lolita Séchan has distinguished herself with several children’s books such as “Mom’s Ashes” and comic book scripts, including “Les Mists de Sapa”. Far from his father’s singing career. “I had a proposal to write songs, but it’s not my thing. And above all, it refers to too many personal things. Comics is my field, it belongs only to me. I have always taken drawing lessons… “, she explained to France Soir in 2016. Lolita Séchan has always been close to her parents, and in particular to her mother.

Dominique Quilichini is Renaud’s first wife. In the 70s, the singer met her, when she was married to actor Gérard Lanvin. But for him, she will leave her husband. Renaud and Dominique Quilichini married on August 1, 1980 and, eight days later, was born Lolita Séchan on August 9. But a few years after their union, Renaud relapsed into alcohol and Dominique left him in 1999, after 25 years of relationship. But after all these years, the former couple still stayed close, going through hardships. This is also the case for Renaud’s second wife.

Romane Serda was a trigger in the singer’s life. The two artists met in 2000 at the Closerie des Lilas in the 14th arrondissement of Paris. Under his leadership, Renaud decides to treat his alcohol addiction as a cure. It is rebirth. In 2003, he moved in with Romane Serda, whom he married on August 5, 2005 in the Drôme. From their love will be born the second child of Renaud, Malone, born July 14, 2006. But the torments of the singer resurfaced and the couple divorced in 2011. Despite everything, Romane Serda and Renaud remained very close. “We are no longer together, but we call each other every day … We support each other, we are there for each other, I take care of him … In fact, we have been so loved, that we still love each other, “she confided to Télé-Loisirs.

Throughout his career, if Renaud can count on those close to him, he also had to go through difficult trials. Last January, Renaud lost his brother, Thierry, who died of a massive stroke at his Paris home. Writer, journalist and lyricist, he had collaborated with many artists such as Julien Clerc, Daniel Lavoie, Elsa or his ex-sister-in-law, Romane Serda. He has also written twenty books, such as “Letters to my brother”, published in 2013 and addressed to Renaud, for whom he was worried. “What to do? Watch you sink with folded arms? Unimaginable! To use the slogan that you had printed in Le Matin de Paris in 1988 to encourage Uncle to represent himself: Renaud, don’t let it go!”, He wrote. His death in January 2019 was a brutal shock. “Renaud and David Séchan, his brothers, as well as his three daughters Olivia, Lou and Lila entrust me with announcing with great sadness that Thierry Séchan died at the age of 69 at his Parisian home”, wrote in a press release Renaud’s lawyer.

“Our family is collapsed! Thierry was not only my older brother, he was really the central nucleus of our clan. It is such a stupid, so unfair death. 69 years old, it is still young. But there he is, he smoked way too much, he often had a bad headache and had a massive stroke. This is exactly the term used by the doctor who issued his death certificate … He was found at his home in his living room and there you go… “, added David, the singer’s twin brother.