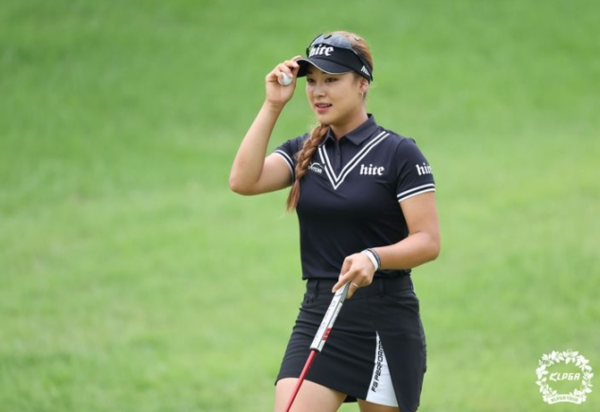 What will happen to Yoon-na, who violates the rules, what will be the punishment… “Nothing has been decided”

Various stories are coming out about the level of disciplinary action against Yoon Na (19, photo), who reported the violation of the rules by herself after about a month.

Earlier, on July 25th, Yuna abruptly announced an apology through her agency (Crowning). It is said that she played ‘Ogu Play’ in a competition held about a month ago. She drew attention when she pointed out that she sold her conscience for the score rather than a simple mistake, meaning she continued her play with a ball other than her own during the game.

In an apology letter, Yuna expressed her intention of suspending her activities, saying, “I will have time to reflect.” As a result, Yuna’s participation record stopped at the Women’s Classic of the Lakeside Seoul Shimbun, which ended on July 24.

The Korean Women’s Open, where Ena Yoon committed a wrong ball play, is a competition organized by the KGA. The level of disciplinary action is also decided by the Sports Fair Committee hosted by the KGA subcommittee.

The association preemptively changed Yuna’s record from missing the cut to disqualification. Even after the Fair Trade Commission announcement, there is a possibility that KLPGA disciplinary action will follow.

A KGA official said, “The level of disciplinary action and the date floating around in the media are all undecided. Nothing has been decided.”

The KLPGA also responded, “The first is to watch the KGA Fair Trade Commission announcement. Right now, we are closely watching (the result of the disciplinary action).”

Earlier on the 28th, an official familiar with the KGA said, “Voluntary reporting is a factor in reducing disciplinary action, but in the case of Yuna or a player, it is difficult to recognize this.”

Another high-ranking official from the Professional Golf Association asserted, “Given the seriousness of the matter, a suspension of more than three years is expected, but political judgment may be reflected as Ena Yoon is a ‘superstar’ who has come out with much effort.”

Eana Yoon, who debuted on the KLPGA tour this year, is a new golfer who has attracted attention with her outstanding slugging power of over 300 yards. He emerged as a large rookie by winning the runner-up at the McCall Mona Park Open on the 3rd and winning the ‘Ever Collagen Queen’s Crown 2022’ on the 17th.

What does the brain do while sleeping?