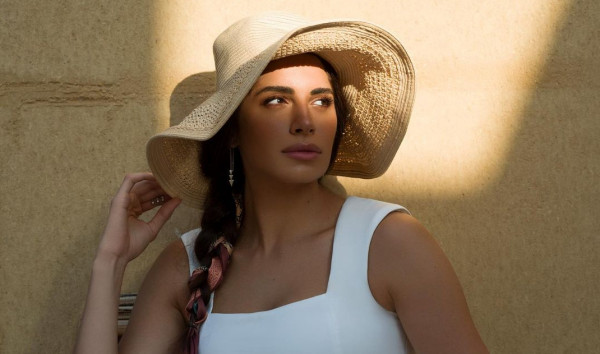 The news of the disappearance of the Egyptian artist, Amal Maher, topped the conversation on social media, topping the hashtag (Amal Maher Finn), demanding to know the fate of the long-hidden artist.

What raised doubts was that, after a year-long break from all social media, Amal appeared with a new photo, commenting on it that it was from the atmosphere of the resort, but the followers confirmed that it was an old photo, which she had previously published. The pioneers of the communication sites circulated news that the house of Amal Maher was raided, and that she is now imprisoned and being tortured.

After the spread of these news, the artist, Nadia Mustafa, a member of the Syndicate of Musical Professions, stated that she had contacted Amal Maher’s mother, who confirmed that she was fine, and that everything rumors about her disappearance are not true. But many doubted the credibility of what Nadia Mustafa said, so she wrote through her account on (Facebook) “To the hardliners and the skeptics, who did not accept the truth of what happened between me and the mother and brother of the artist Amal Maher…First, I told what happened between me and the virtuous lady and her brother. Secondly, as an artist and board member of the Syndicate of Musical Professions, I had to reassure her fans and fans, especially since most of them asked me to do so.

And she added, “Thirdly, I am not an investigative body entrusted with collecting evidence and proofs to search for what supports the viewpoint of the skeptics and exaggerations.. Fourth, I have no right to force the artist Amal Maher to appear in a video to reassure some, even if I want to.”

And she added: “Fifth, I am completely satisfied with what I have done of my duty towards a person, a colleague, and a member of the Syndicate of Musical Professions, and as he asked me to check on her, and I did and told you the simple truth. Extremism and exaggeration in affirming an opinion, even if it is at the expense of hurting others without any basis.

For his part, the artist Hani Shaker, the captain of the musicians in Egypt, said that he had contacted the family of the artist, Amal Maher, who confirmed that she is fine and the rumors circulating are not true. In good health, she will appear soon, and issue a statement herself. He also confirmed that Amal Maher’s decision to retire was a personal one.

For her part, Nihad Abu al-Qumsan, head of the Egyptian Center for Women’s Rights, submitted a complaint to the Egyptian police and the Egyptian Attorney General, asking them to reveal the fate of Amal Maher, and stressed that it is not permissible to be satisfied with what one of the artists mentioned about her communication with her family, who reassured her that she is fine, as long as the person is not Under guardianship, and not suffering from any mental disorder, he must appear himself before the people.

It is reported that the artist, Amal Maher, announced her retirement, last June, and wrote, “My dear audience who has supported me for years and years and has been my constant companion, due to circumstances that are special to me and beyond my control.. I announce my complete departure from the artistic community and artistic activity, wishing all my fans All the best and happiness in this life, and I wish all the success to all my colleagues..And whether I will return again or not?This is a question that only the world of the unseen knows the answer to.

She added, “As for the release of my album, which I had announced, it has been postponed indefinitely. I was very excited to present it to you and worked hard, more than ever, but it is God’s will.. Thank you to everyone who supported me in my artistic journey and in my life, thank you to all the audience. Al-Arabi from the ocean to the Gulf, I enjoyed you a lot over the years and years, and you were the best audience.”

Some linked her retirement to her relationship with the Saudi advisor, Turki Al Sheikh, after her separation from him, and many went that she paid the price of separation, by retiring from art, after a secret marriage relationship.