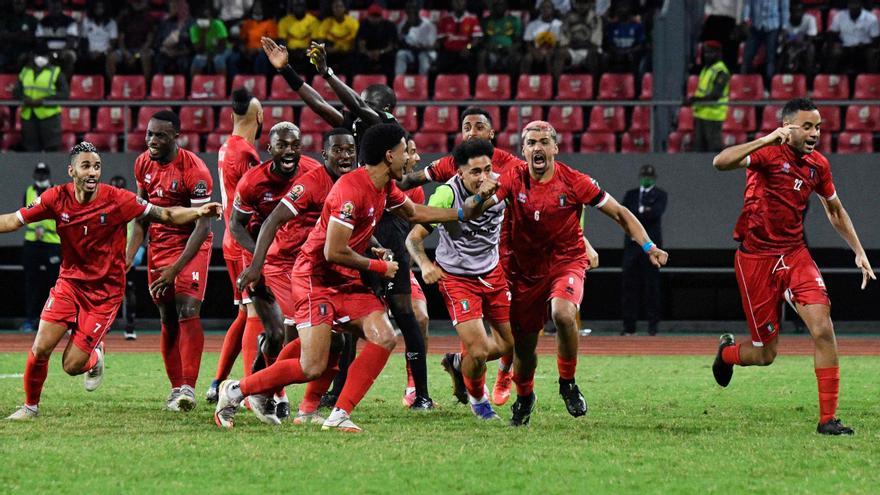 From feat to feat the humble selection of Equatorial Guinea has been planted in the quarterfinals of the Africa Cup. In his first participation on his own merits (the two previous ones he was host) the selection directed by John Michael has passed over Algeria, reigning champion, and Mali. His adventure will probably end this Sunday against Senegal (8:00 p.m.), but no one will be able to erase what he has achieved. The Red of Africa (has 15 players born in Spain) has already left its mark on the tournament.

The goal Jesus Owono, of Alaves, was the great hero of the pass to the quarterfinals after an endless round of 16 penalties. now they wait for you Sadio Mané, Koulibaly o Gueye, stars of the runner-up of the last edition, quite a challenge for a modest group with only one secret. “We don’t have any crack, but we are a family“, proclaims the captain Emilio Nsue, who finds himself without a team after the end of his contract with the Apostle of Nicosia. He previously played in Mallorca, Castellón, Real Sociedad, Middlesbrough, Birmingham and Apollon Limassol.

“Our strength is the group. Hopefully this will change our lives for the better,” confirms Pablo Ganet, midfielder of Murcia born in Málaga and MVP of the round of 16 match against Mali. Half of those summoned play in Spanish football, but only two in First: Owono and Carlos Akapo, from Cádiz. The rest is distributed by Second or even, Third.

Even so, they have surpassed teams with footballers who dispute the Champions. Their tenacity has allowed them to withdraw, even, from the serious differences with your federation, of which they regret their little professionalism. Before the tournament, they were barely able to train together and traveled to Cameroon doing a 15 hour layover.

UNFORGETTABLE NIGHT….GO TO ROOMS, MAN OF THE PARTY AND AN ENTIRE COUNTRY UNITED AND ENJOYING AS ONE FAMILY. WHEN THE HEART SPEAKS… IMAGES ARE WORTH MORE THAN WORDS… WE ARE A FAMILY! THANK YOU AND LET’S KEEP DREAMING. COME ON NZALANG, COME ON EQUATORIAL GUINEA❤️🇬🇶💪🏽⚽️ pic.twitter.com/1GMZO0R9s0

Located in the position 114 of the FIFA ranking, the role of Equatorial Guinea in the Africa Cup is highly commendable. With an area of ​​28,051 square kilometers, it is one of the smaller countries of the continent. It was Spanish colony until 1968when he got his independence, although it maintains the Spanish language as official (it is the only African country in which this occurs).

His presence among the top eight is almost a feat, although in the 2015 edition it finished fourth. The african music will sound again this Sunday in the locker room in search of another miracle.

Big demo of Dying Light 2 on PS4 and Xbox One