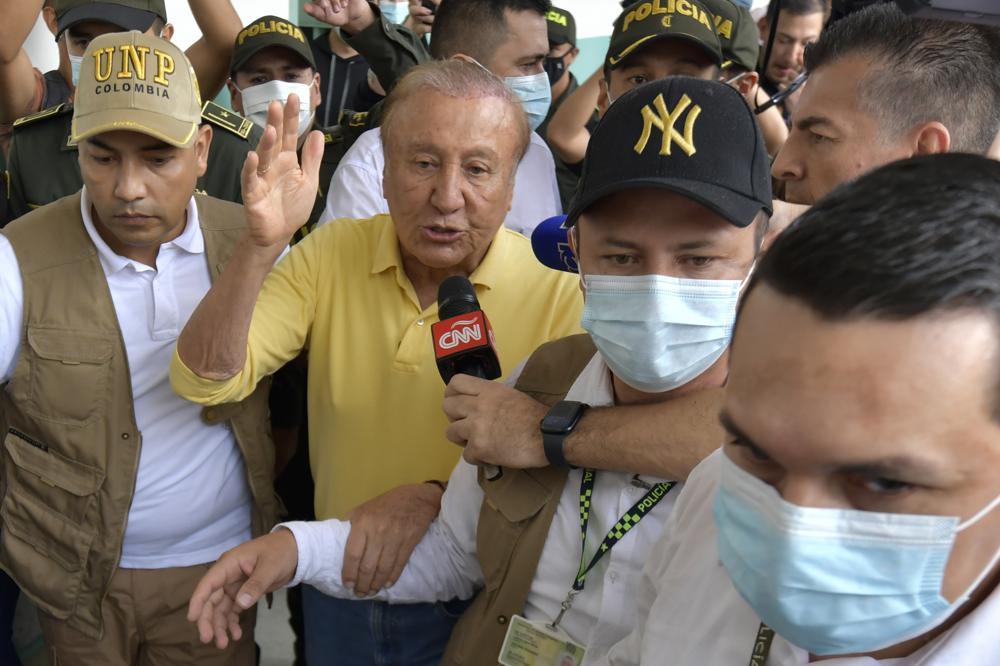 The man has been compared to Donald Trump. During the campaign he did not hold rallies in public places.

In a blow to the political class that has traditionally governed the country, the Colombian electorate opted for two unconventional options in the first presidential round: Gustavo Petro, a former rebel who is bringing the left to power for the first time, and Rodolfo Hernández, a businessman with populist proposals who became the electoral surprise of the campaign.

The political future of the Andean country will be defined on June 19 in the ballot. The former rebel Petro will have to bet on increasing his advantage over his opponent, after obtaining 40.3% of the votes in the first round compared to 28% for Hernández.

With anti-system speeches, the two finalists promise a change against the government of the current conservative president Iván Duque.

Hernández, 77, managed to jump from local politics as mayor of Bucaramanga, in the northeast of the country, to national politics in a single attempt.

As a civil engineer, he amassed a fortune from the private sector with the real estate business and decided to enter politics in 2016 when he won his first popular election.

“The millionaire who entered politics so as not to steal anymore”, is how he described himself in advertisements.

Disruptive and using colloquial language, he said that he financed his aspiration with money out of his own pocket, so he did not organize large events in public squares. He did not have, like the other candidates, a venue ready to receive the results.

“I am not naive in the face of the resistance that there will be against the government determined to end corruption… I will not fail you and I will not rest for a minute in fulfilling my commitment to all of you,” he assured through social networks, where he became very popular, especially on TikTok.

For the political analyst Johan Caldas, from the Universidad de la Sabana, part of the electorate that Hernández conquered belongs to the Colombian right, which abandoned Gutiérrez at the last moment and opted for a candidate with a greater probability of defeating Petro in the second round by not carry the weight of the continuity of a government that ends with low popularity.

Hernández has been compared by some to former US President Donald Trump.

Caldas told the AP that although their ideas are different, they share some characteristics, such as being far from “all kinds of structures, formalisms, and partisan thoughts that end up precisely convincing people who find an option for change that is just far from the traditional.” .

Both inequality and corruption and insecurity are among the main concerns of voters.

“All the time we are scared that they are going to rob us. The State has not controlled insecurity and it grew more. The family basket went up more than double what it cost,” Wiliam Eduardo Gerena, a 53-year-old taxi driver, told the AP after voting Sunday in Bogotá.

With his neighbor Venezuela, the next president would face the dilemma of whether or not to resume diplomatic relations broken since 2019 between Nicolás Maduro and Iván Duque. In the 2,200 kilometers of border, the two countries have common interests and challenges such as confronting drug trafficking networks, smuggling, migrant trafficking and reactivating legal trade that would benefit the local binational economy.

Hernández would bet on reactivating consular relations to boost trade and not wear out his mandate in the Venezuelan crisis.

“I don’t think that diplomatic relations will be established initially, but I do believe that contacts should be established, we have Colombians in Venezuela and two million Venezuelan migrants in Colombia,” Julio Londoño, former Colombian ambassador to Cuba, told the AP. The United Nations.

That informationInstantly on your cell phone. Join the Diario Primicia group on WhatsApp through the following link: https://chat.whatsapp.com/CFMrmvxvJUM4dWiaTzuPwc

Where is the Metaverse Era Pickaxe and Jeans Company?