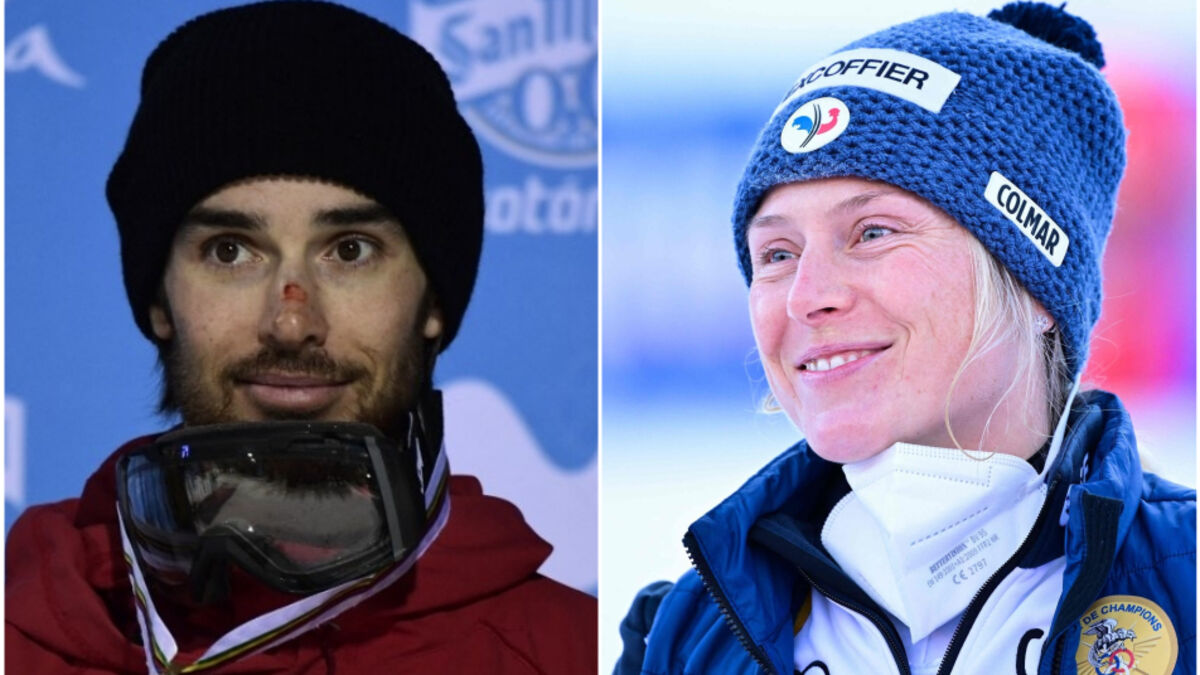 Two skiers to lead the Blues into Beijing’s Bird’s Nest in just over a week. The 26 athletes designated upstream by a public vote decided, and the duo Kevin Rolland-Tessa Worley was chosen to carry the blue-white-red flag for the launch of the Winter Olympics (February 4-20) in China. For the Paralympic Games (March 4-13), the votes went to parabiathlete Benjamin Daviet, silver medalist and twice gold medalist, four years ago in Pyeongchang. A trio unveiled to the general public on the set of the program “Tout le sport” on France 3 this Thursday evening.

As in Tokyo this summer, where the votes put forward the judokate Clarisse Agbégnénou and the gymnast Samir Aït Saïd, the athletes bet on a duo never crowned at the Games before the Chinese meeting, since the acrobatic skier cannot boast “only” of a bronze medal obtained in Sochi in 2014, while the giant specialist has never climbed on an Olympic podium.

But this time, they didn’t really have a choice since none of the four other candidates – skaters Gabriella Papadakis and Guillaume Cizeron, snowboarder Julia Pereira and cross-country skier Maurice Manificat – have so far never obtained this Grail.

Figureheads have given up in the face of constraints

If no Olympic champion was among the contenders, it is also due to the many constraints specific to the calendar and the Beijing Olympics. Titled in South Korea, Perrine Laffont was up for the idea but the opening ceremony is sandwiched between her qualifications, scheduled the day before, and her final on Sunday 6. The 180 km which separate the mogul site in Zhangjiakou and the Chinese capital have also calmed his cravings.

Biathlete Anaïs Bescond, triple medalist and gold on the relay four years ago, gave up for similar reasons. Finally, the skier Alexis Pinturault would have made a credible suitor to succeed Martin Fourcade, but the man with three medals at the Games was also cooled by the constraints.

But for all that, the duo composed of Tessa Worley and Kevin Rolland is no less legitimate and carries the story of a dented route, like that of Aït Saïd, whose terrible injury had marked the Rio games. The 32-year-old double world champion, in good shape as the Olympics approached, was deprived of the Games in 2014 after a serious injury to her right knee at the end of 2013. A ruptured anterior cruciate ligament occurred in the middle of a race in Courchevel, and “everything falls apart in seconds,” as she put it then. The first representative of alpine skiing designated flag bearer since Carole Montillet in 2002 will arrive in form in Beijing, where she will try to achieve her first podium in three participations.

Kevin Rolland was close to death

But if Tessa Worley’s accident belongs to the classic register of her sport, that of Kevin Rolland almost caused the death of the halfpipe specialist. Victim of a very heavy fall while trying to break the world record for the highest jump from a quarter pipe on April 30, 2019 in La Plagne, the 32-year-old freestyler spent three days in a coma. His body is devastated: broken pelvis, lungs, ribs and pancreas affected. Roland is still bedridden when his first son, Rio, is born in May 2019. “I was not very psychologist with my girlfriend, he told us a year ago. The first thing I said when I came out of the coma was: OK, I will return to the highest level! She had just given birth on her own and the pill had trouble passing! »

Since then, the Frenchman has retraced his rehabilitation and his return to competition almost two years after the accident in a documentary called “Resilience”. He too will arrive in China with the desire for a podium. But it will be after leading the Blues on February 4, a first for a freestyler.