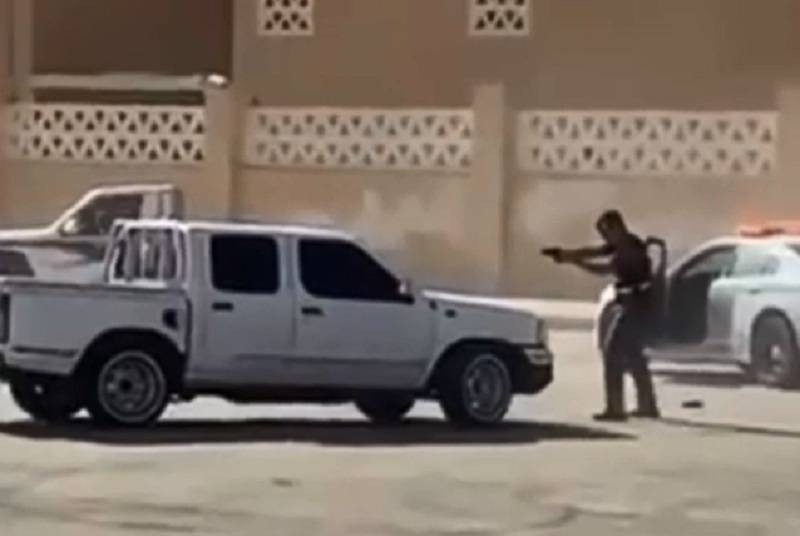 One of the field traffic policemen in the Diriyah governorate showed quick wit, firmness and decisiveness in their behavior, after he stopped a young man who drifted his vehicle, pointing his weapon (pistol) to force him to stop when the vehicle driver tried to escape from the site.

In this context, the General Directorate of Traffic announced that the traffic of the Riyadh region arrested a driver who appeared in a video clip practicing drifting in the Diriyah Governorate, endangering the safety of others, and he was referred to the Traffic Authority to implement the penalties prescribed by law against him.

And social networking sites circulated an image showing the director of the Riyadh region police, Major General Fahd bin Zaid Al-Mutairi, and the designated director of the Riyadh Traffic Department, Brigadier General Muhammad bin Barjas Al-Dosari, the moment the traffic man, soldier Abdul Salam Al-Sanitan, from the employees of the Diriyah Traffic Division, was honored for his efforts and good behavior regarding the incident.