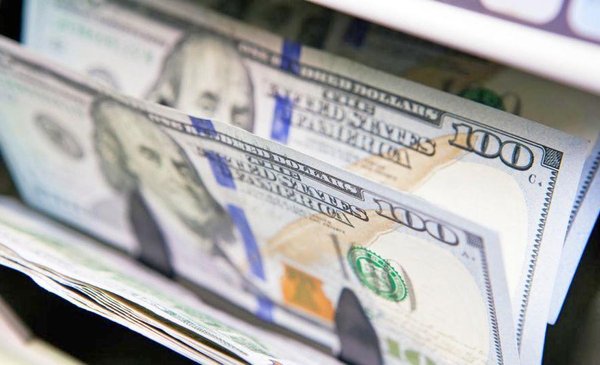 The “mash” returned to earn a few pesos / Web

At the close of operations on Friday, the blue dollar was quoted at $219 for sale in CABA, $222 in our Region and $225 in many cities in the country. With this new advance, the parallel price once again widened the gap with respect to the official exchange rate, now marking a difference of almost 110% in relation to the wholesale price and close to 100% compared to the retail average.

In this way, the purchase price is between $215 and $219. Although this last data does not have the diffusion of the sale, it is key to make the so-called “purée”.

The so-called “mashed dollar” or, as the jargon says, “do the mashed” is the transaction that results from buying savings or solidarity dollars, which allows the monthly quota in the formal market (in this case, US$200 per month and per person), or MEP dollar or stock market, to later sell them, at a higher price (blue dollar), in the parallel market (caves).

Although the restrictions to access the solidarity dollar are increasingly high, for a significant number of people it continues to be a strong additional source of income, particularly at times when the gap between the latter and the blue is widening.

With the rise of the blue this week, the numbers changed in favor of those who can still do it, since the solidarity dollar barely rose to $181.30, while the blue buyer reached 215 pesos. In this way, whoever invested $36,260, made $6,740 in minutes, since those dollars earned him about $43,000. In this way, the profit climbed to an incredible 18 percent.

This increase in profitability was immediately noticeable in the influx of clients to the caves, both in the Federal Capital and in Greater Buenos Aires, where this circumstance was much more palpable, since many of them operate directly with locals to the street in which the number of people waiting to be served increased notably.

Unlike what happened in that segment, those who operate with MEP dollars experienced a week with notable ups and downs, which had its best wheel on Wednesday, when the gap between the points of the blue and the MEP rose to 2.6 percent. On that day, whoever bought US$1,000 began by paying $203,700, to obtain a total of $209,000 for the sale in the marginal market. In this way, the profit was $5,300.

That profit was practically reduced to zero on Thursday, since with the new restrictions imposed by the Financial Information Unit that established that stockbrokers will be able to request their clients affidavits of Earnings and Personal Assets to operate in the capital market.

Given this new advance, it was logical that the price of the MEP dollar climbed substantially until it practically equaled that of the blue, that is, 209 pesos per unit.

Something similar happened on Friday, because those who carry out this type of arbitration decided to put a stop to operations until the panorama is clarified, because despite the fact that the blue reached a new historical maximum, the MEP dollar also moved higher, so the differential between the two was once again very limited.

As for what may happen next week, analysts at Portfolio Personal Inversiones maintain that “The absence of a quick agreement with the IMF and the possibility of incurring in a payment default of 2,879 million dollars in March put pressure on prices of the bonds”.

On his paddle, Orlando Bloom has made a funny friend

100€ discount on MacBook Pro at Fnac