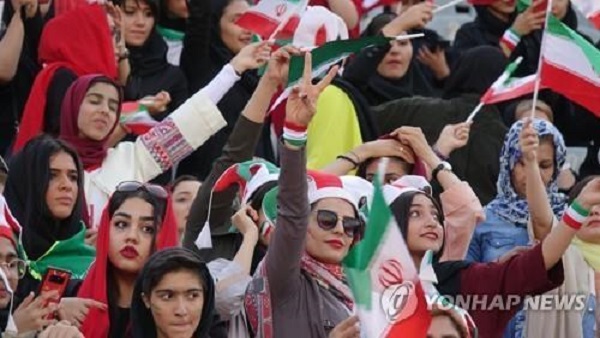 AFP, citing the semi-official ISNA news agency, reported that women were not allowed to enter the 2022 Qatar World Cup Asian final match between Iran and Lebanon in Mashhad on the 29th local time.

Authorities sold 2,000 women’s tickets, but it is said that women who visited the stadium on the day were denied entry.

Mashhad Governor Moshen Davari said on state television that “we apologize for not seeing so many people in the stadium.”

Some female spectators were allowed to enter the final match between Iran and Iraq in the World Cup final qualifier held at Azadi Stadium in Tehran in January.

After the Islamic Revolution in 1979, Iran strictly enforced religious laws and did not allow women to enter soccer fields.

The first time an Iranian woman saw a soccer match in person was the Qatar World Cup 2nd qualifying match between Iran and Cambodia at Azadi Stadium in October 2019.

The International Football Federation has been pressured by the Iranian government to allow women to participate in international matches.

Methane may be a more reliable sign of alien life than oxygen! …