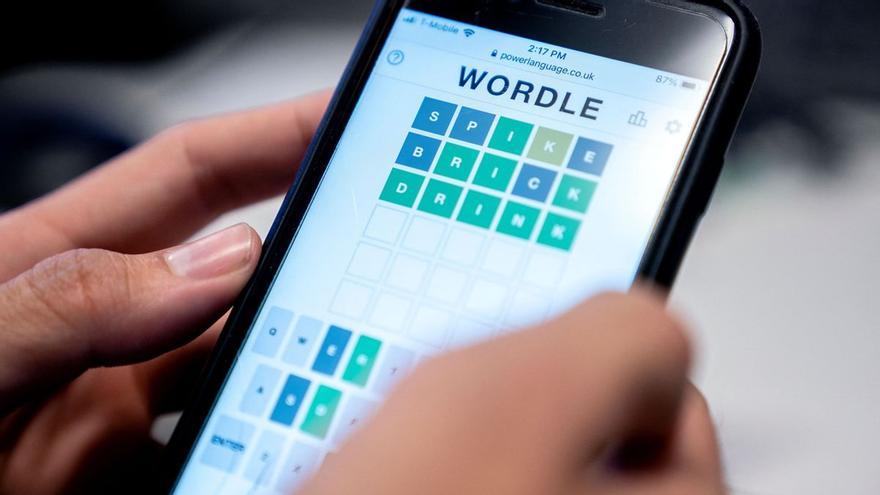 It was born as a test of love in full pandemic. launched on the net quietly in October 2021. It went viral in early January. And now his followers are already counted by millions. It is the Wordle, the word game that sweeps the internet and dominates the comments on Twitter. What is it about this Mastermind-like crossword puzzle that drives its users crazy? Namely, but, from the outset, there is the intellectual alibi: exercising the mind working with language leaves a better body than spending time depending on chance, and the absence of bad conscience: the dosage of one game per day drives away the ghost of wasting more time than necessary with a game. “It’s something that encourages you to invest three minutes a day. That’s it. It doesn’t ask you for more,” explained Josh Wardle, its creator, to ‘The New York Times’ a few days ago.

in search of vowels

So it’s the perfect online game: no possible addiction and no sense of dumbing down. There is more: it is not necessary to download an aggressive ‘app’ or require registration or bombard you with ads; neither has pecuniary purposes nor does it send notifications indicating how much one is missed if one day they do not go to the playful date. The list of benefits goes on: it’s easy, simple and, above all, fun. And it is also a memory of the first internet, when the network was somewhat more innocent than it is today and did not spew out spurious interests. And there he gave his opinion again, in the North American newspaper, the father of the child: “I think people appreciate that there is something ‘online’ that is just fun. Something that doesn’t try to do anything weird with your data. Something that is just a game.”

It also has a bit of a challenge. Just go to Twitter and see the endless amount of tips to get out of the hobby, how to start with words that contain many vowels: ‘aireo’, ‘áureo’, ‘audio’ and ‘raleo’ are the preferred ones; or the brainy threads of mathematicians with formulas and statistics on the best way to discover the hidden word or the possibilities of doing it in three, four, five or six attempts, the maximum that Wordle allows.

At this point, there is little to explain about how the trendy online game of 2022 works, with the permission of another successful pastime related to words: Paraulògic. But if the latter only has a version in the language of Pompeu Fabra, the former began in English and already has adaptations in multiple languages: French, Italian, German, Portuguese, Russian… and in these parts, se can play in Catalan, Basque, Galician and Spanish. There is nothing.

For those who have not yet succumbed to its practice, explain that it is about guessing the hidden word of the day – a five-letter word – in six attempts. The program helps by indicating which characters that are written appear or not in the final solution, marking them with colors (green, yellow and black depending on whether the letter is part of the solution and is in the correct place, if it is part of the solution but occupies another space than is appropriate or is simply not part of the solution). Each attempt occupies one row of a 5×6 grid (five letters and six attempts). Come on, something very similar to how ‘Lingo’ worked, the program that Ramoncín presented on TVE for years and that only the most ‘boomers’ remember.

The Spanish adaptation bears the signature of Daniel Rodríguez, software engineer based in Austin (Texas) and, of course, user of the game in English. The computer scientist has entered 500 words – so, for now, there is a hobby until the end of 2023 – chosen after discarding all those that frustrate the player because they are little known, such as ‘ñizca’. And it is that, as he affirms, in Spanish, unlike in English, many of the five-letter words are rare.

And the love story? It comes from Brooklyn and has its creator, Josh Wardle, as protagonist. This one, also a ‘software’ engineer, he conceived the game as a gift for his partner, Palak Shah, a huge fan of crossword puzzles, to kill time during the worst phase of the pandemic. From playing on the sofa with two, they went on to do it as a family and then decided to post it on the internet. And with it came success.

Inheritance rights in Europe: might as well die in the sun!