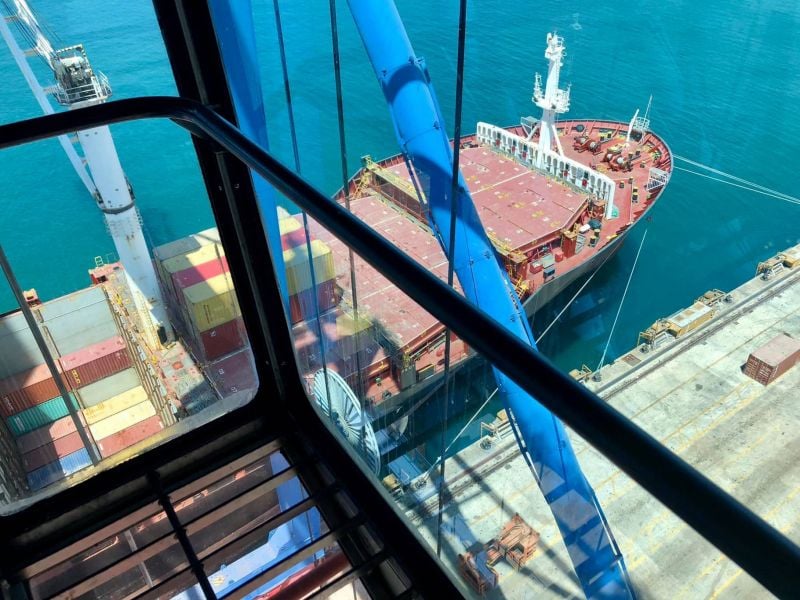 It is time to return to normal for maritime transport, whose health is modeled on global consumption: freight rates, which had exploded during the Covid crisis, are now returning to levels approaching those of 2019. After a surge which saw the price of the 40ft container jump from $1,500 in June 2020 to over $11,000 in September 2021, according to the Freightos Baltic Index, freight rates have been falling steadily since March 2022. In early December, the container was down to $2,500.

Maritime transport prices “are linked to supply and demand”, and follow “the cycles of the world economy”, explains to AFP Arthur Barillas, managing director of the freight forwarder Ovrsea (majority owned by the group Bollore). In 2020, the health crisis saw the purchasing power of confined populations shift towards consumer goods, leading to an explosion in e-commerce. Added to this are consumer aids put in place by the States. Shipping companies struggled to meet this sharp rise in demand, leading to skyrocketing freight prices that helped shipping carriers generate record profits.

But the inflationary phenomenon that began in mid-2021, coupled with a normalization of consumption and followed by the start of the war in Ukraine, considerably bent the curve. “We are currently observing a drop in demand which is leading to a normalization of international economic exchanges and a significant drop in freight rates”, commented, at the end of last November, Rodolphe Saadé, CEO of CMA CGM, in a press release on the group’s results. in the third trimester. This sudden drop in freight prices “caught everyone by surprise”, explains Arthur Barillas.

Consequence, according to him: “Companies find themselves with a lot of stock”, while demand for consumer goods should “fall by 6%” in 2023. Maersk thus saw its tonnage transported in the 3rd quarter of 2022 drop by 7.6 % compared to the previous quarter. At the same time, the shipping companies, which placed orders for ships at the height of the health crisis, “will see the capacity of their fleets increase by 4%”, he analyzes.

More boats for less goods to transport: this will be the equation to solve for carriers, also faced with soaring energy prices. CMA CGM spent an additional $822 million on energy in the third quarter compared to last year.

Also, “uncertainty is very high” for next year, even if certain positive signals, such as “inflation which is calming down”, make feel “a light breeze of optimism” which could make 2023 “less complicated than expected,” says Barillas. “The first quarter will be the barometer for the year to come,” he ventures.

It is time to return to normal for maritime transport, whose health is modeled on global consumption: freight rates, which had exploded during the Covid crisis, are now returning to levels approaching those of 2019. After a surge which saw the price of the 40ft container rise from $1,500 in June 2020 to over $11,000 in September 2021,…