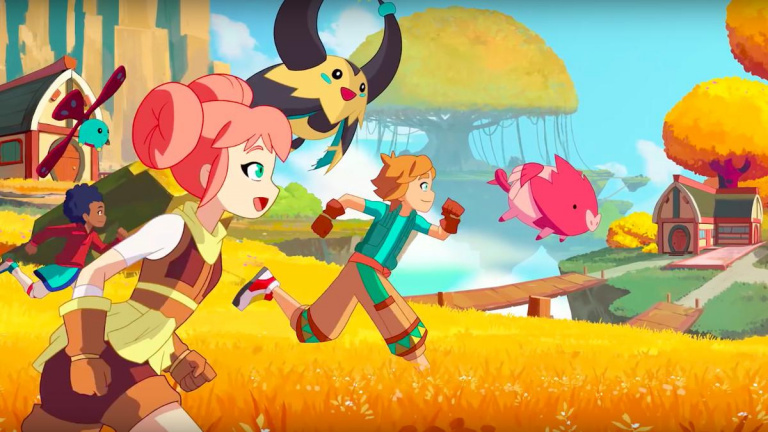 Game News A cult Pokémon competitor is coming to PS5, Xbox and Switch in physical edition

TemTem, the temporary exclusivity of the PlayStation 5 is no more! The information has just fallen, the game available in Early Access for two years now on the Sony machine will finally land in its final version on Xbox Series X | S and Nintendo Switch.

TemTem comes to life on all platforms

In 2018, the Crema studio unveiled a certain Temtem, a title that comes to hunt in the field of Pokémon games. Two years later, on the occasion of its launch in its Early Access version on Steam and the PlayStation 5, the title is quite simply the effect of a bomb. The graphical aspect and the game mechanics adopted by TemTem charmed more than 500,000 players in less than a month. Today, almost two years later, the title is once again being talked about. He comes to announce us some very good news: the arrival of its version 1.0. The latter will be available in dematerialized version as in physical from the September 6 next. Suffice to say that it will happen quickly.

For the occasion, we learn that the game will no longer be a temporary PC and PlayStation 5 exclusive, but will also land on Xbox Series X | S and Nintendo Switch, which will certainly please fans of games of the genre.

A Collector’s version is in the game

As we said above, this release of TemTem will this time be accompanied by a physical version, but that’s not all. Budding collectors can also purchase a Collector’s Edition of the game which is available on PlayStation 5 as well as on Xbox Series X|S and Nintendo Switch. The latter (available in the image below) includes a diorama statuette of the starters, a set of replica TemCards, a set of three pins and three woven badges and, finally, an outer collector’s box.

As a reminder, in addition to allowing players to capture monsters in the Campaign mode by browsing a free world like in Pokémon Arceus, TemTem also allows you to play in cooperation with friends, to face players Online or even to personalize your clean house.

Every child dreams of becoming Temtem Trainers, exploring the six islands of the Aerial Archipelago, discovering new species and making lots of friends along the way! Today you can embark on an epic adventure and make all those dreams come true! Crema

Moreover, it is for this reason that the physical edition of the title also offers a TemTem Plus voucher worth € 19.99. The latter notably gives access to many advantages, such as having unlimited access to global chat, to the “Exchange” functionality which allows you to consult the sales of creatures and houses around the world or even to obtain better storage capacity for his TemDeck, which allows you to keep up to 600 different Temtem.

Also to be read