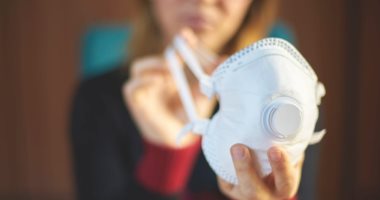 American Airlines said that its plane from Miami to London had to return to the airport because a passenger refused to wear a mask, and added that its flight carrying 129 passengers returned to Miami, where the police were waiting for it.

Reports say a woman in her forties was escorted off the plane by police, and the airline said the woman had been placed on a list of people banned from flying with American Airlines, pending further investigation.

According to CBS, the plane returned to the airport less than an hour after take-off, according to flight-tracking website FlightAware.

The airline said the flight returned to the airport “due to a troublesome customer’s refusal to comply with federal mask-wearing requirements”.

Passengers were rebooked on a flight to London Heathrow on another flight for Thursday, and one passenger told CBS after disembarking from a flight on Wednesday “everyone was shocked” and another passenger said she was disappointed.

“They didn’t really tell us anything, and I don’t think they told the hospitality crew anything either, because they said all they could say was that there was a very serious incident with one of the passengers and they had to turn back,” she told the channel.

US airlines reported nearly 6,000 incidents involving riotous passengers last year and 151 in the first two weeks of this year, according to the Federal Aviation Administration. Most of them are passengers who refused to wear a mask.

Bangkok returns with 1,630 cases of coronavirus, the highest in the country Samut Prakan holds the 2nd with 700 people