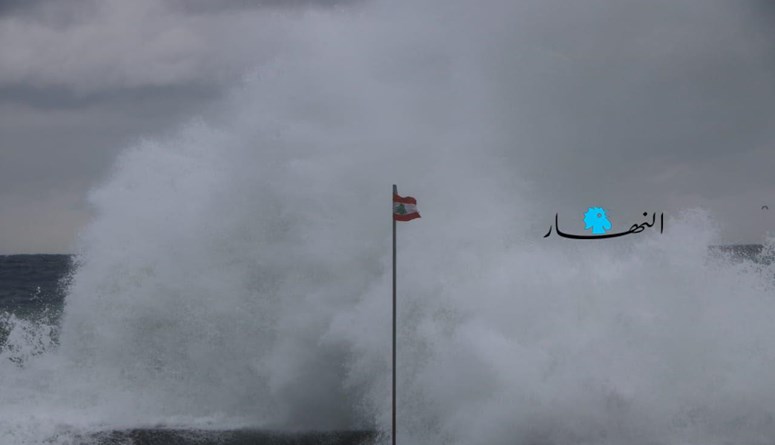 The effect of cold air masses on the eastern basin of the Mediterranean will continue until Tuesday evening, noting that Lebanon will be affected by a rapid and limited air depression from this afternoon until Tuesday afternoon, centered in northern Egypt, amidWarnings about the danger of taking mountain roads above 1100 meters due to slips and ice formation.

Below are the details of the expected weather in Lebanon:

Snow falls at a height of 1100 meters and above during the evening period, and snow continues to form on mountain roads above 1200 meters during the night and early morning hours, and thick fog forms on the heights.

– Tuesday: Partly cloudy to cloudy with the possibility of scattered light rain, especially in the southern regions during the morning period, and the beginning of a rise in temperatures with the continued formation of thick fog on the heights and active winds.

Wednesday: A few clouds to cloudy with high clouds with a noticeable rise in temperatures and low humidity, and active winds of approximately 65 km / h lead to the emergence of layers of dust.

Thursday: Partly cloudy with no temperature adjustments and active winds, becoming cloudy in the evening with scattered rain.

Monte Carlo: A violent clash between Queiroz and Khalilhodzic after the match between Egypt and Morocco