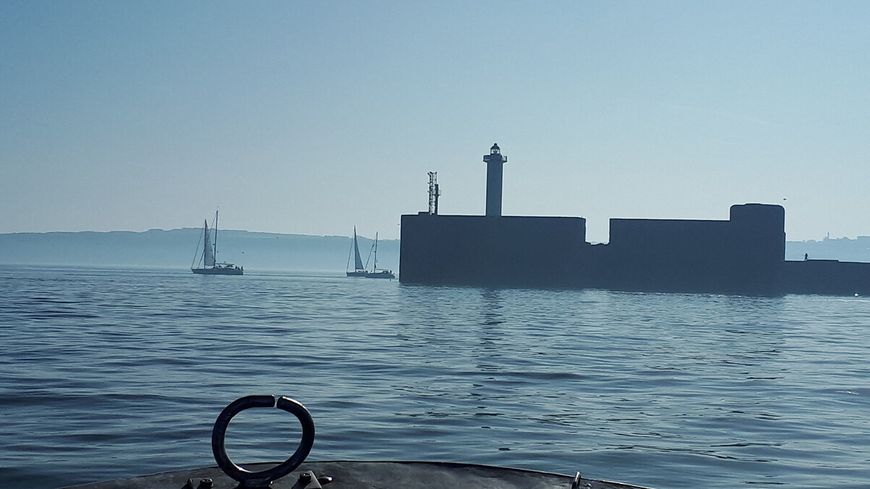 A 127-meter-long commercial vessel, flying the Russian flag, was confused in the night as he crossed the Strait of Pas-de-Calais, this Saturday, February 26. Baptized on Baltic Leaderhe is believed to be linked to Russian financial interests targeted by European sanctions, as part of the arsenal of restrictions decided after the Russian invasion of Ukraine.

It was around 2 a.m. that a diversion request was recorded. The boat is spotted by lifeguards at sea of the Navy, who regularly patrol these waters in good weather to monitor the passage of migrants. They are joined by a customs vessel, together they escort the boat to the quay of Europe in the port of Boulogne-sur-Merwhere they arrive around 3am.

A cargo linked to the financial interests of Russia?

According to the maritime prefecture, this boat comes from Rouen, transports cars, and was authorized to sail in French waters. But it’s about checking the real interests behind its owners and cargo. This will be done during the day by customs officers. The papers of the twenty people on board will be checked. The challenge is to confirm the links with the financial interests of Russia, targeted by the Europeans.

Most this device is exceptionall, this has not happened for several decades in the Channel, indicates the maritime prefecture. Which also confirms that it is only implemented when “reliable and tangible elements” are available to the authorities.

Read also
War in Ukraine: fighting in the center of Kiev this Saturday