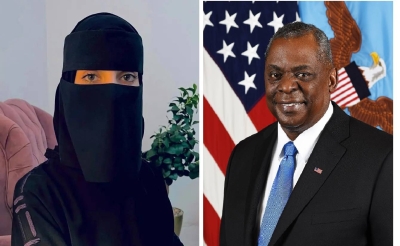 Al-Marsad newspaper: The scholarship student, Basma Al-Khanjar, received a research grant from the office of the US Secretary of Defense within a funded research group at her current university in America, and this grant is one of the most important and strongest grants in her field.

She indicated that her research on employing the Internet of Things in terms of security and securing the location information sent by soldiers and equipment on the battlefields.

She added, “After research and long discussions between me and my supervisor, it was concluded that securing the locations of equipment and soldiers on the battlefields in terms of research, of course, was not given his right, and that there is a lack of research ideas in location privacy in IoBT, and because of the importance of this field, which is considered the first, it was chosen.” .

12-year-old boy robbed at gas station! The female clerk asked “Are you serious?” He shot the next second | International | Sanli News Network SETN.COM

The Foreign Ministry conducts investigations in the Atlanta consulate for irregularities