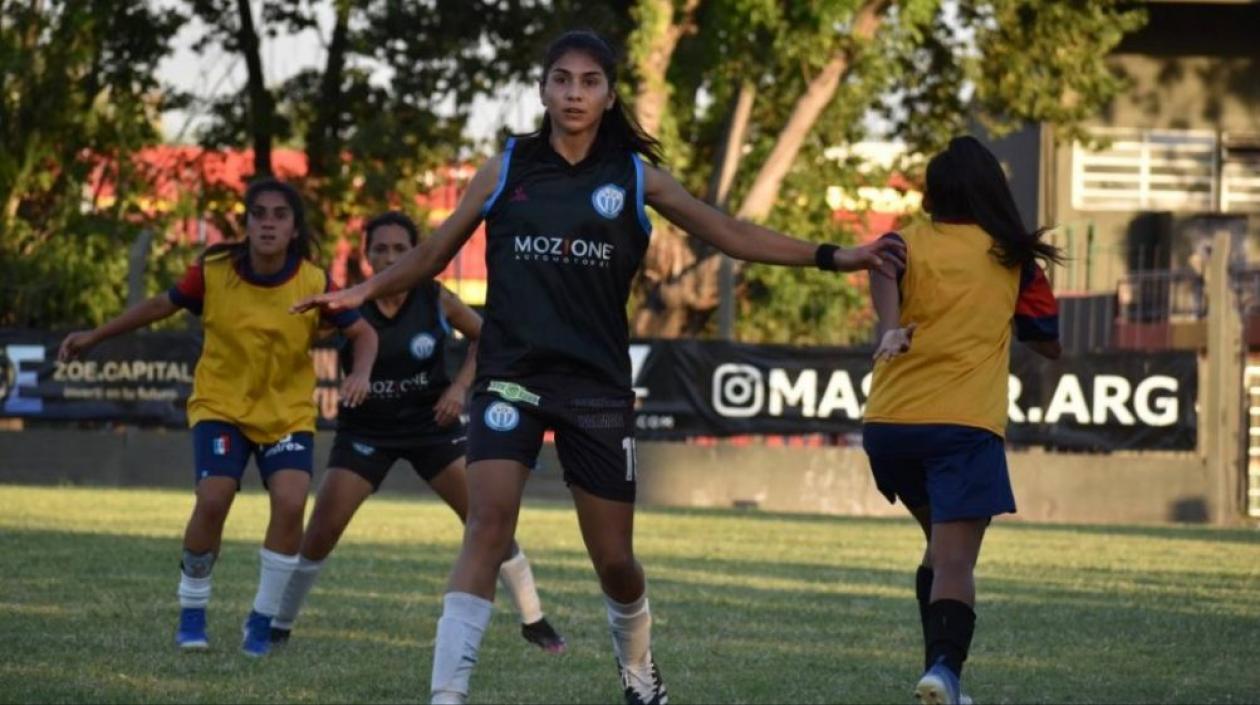 Juliana Gomez He was 20 years old, played soccer in the Third Division of Argentina and died in a road accident when he was returning from playing a game in a private car. His teammates accused the Argentine club of Merlo for the “negligence” of “not wanting to hire” a bus and denounced the conditions in which they compete.

A week after her death, Juliana’s teammates receive the affection of players from other teams, who know the difficulties faced by women who want to play soccer, while they organize a solidarity collection to help the three soccer players who were traveling with her and were hospitalized: Luján Benítez, Aldana Vargas and Tatiana Corso.

According to a statement issued in recent hours, the three “They are trying to recover from this difficult time without help to cover medical and transportation expenses.”

The three of them and other members of the squad denounced this week the conditions in which they had to face the match against Atlético de Rafaela on October 8.

“This was not an accident, this was negligence. The authorities of Argentino de Merlo should be held responsible for the death of a player, barely 20 years old, who was going to represent the club. At the funeral we were alone, as always”, the text says.

“The leaders had to hire a school bus and Juli was alive today. But no, we players had to give her mother that sad and unpleasant news. We feel angry and ashamed,” they added.

According to what they reported, they left on Friday at midnight from the Province of Buenos Aires towards Santa Fe (about 550 kilometers), they arrived “without sleeping”They had breakfast and went to the stadium to play the match.

“At the end of the game, we took a shower and without being able to rest we started the trip back to Buenos Aires. They always expose us, but if we want to compete that is the only option: go by our own means”, they assured.

In recent days, the Argentine Football Association (AFA), clubs such as Boca and River and many soccer players, including the figure of the Argentine national team and Atlético de Madrid player Estefanía Banini, expressed their condolences on social networks for the death of Julia Gomez.

Adriana Arteaga is a player for the Peruvian national team and the captain of Villas Unidas, a club that shares the category with Argentino de Merlo and does put all its resources at the disposal of the soccer players.

“I feel angry and sad at the same time. This shouldn’t have happened. Let’s hope that most of the clubs put the resources that the players need”tells EFE Arteaga, who considers transportation to matches as something “fundamental”.

His teammates María Eugenia Mendoza, Florencia Garay, Sasha García and Natalín Jiménez also express their sorrow for Gómez’s death and ask that he be “one before and one after” for women’s soccer.

“Nobody asks to have luxuries, but what is necessary to be able to enjoy the sport that we like the most”, explains EFE Garay.

Mendoza, García and Jiménez maintain that the death of their “co-worker” with “could have prevented” and they stressed that some clubs, such as Villas Unidas, do care about providing them with the necessary conditions to be able to play the sport they love.

The coach of Villas Unidas is Gustavo Levine, author of the book “Women’s Soccer: Specific Training Method and Everyday Reality” (2022, Autores de Argentina), which in its pages portrays the multiple difficulties of soccer players, especially those who play in the Third Division, in Argentina.

Levine believes that saying he is “all wrong” would “unfair to those clubs that meet the needs”but points out that there are many who “They don’t give the players what they need.”

“I’m not talking about merit, but necessity. In order to develop discipline there are some needs that must be met”dice Levine a EFE.

“In terms of transfers, many clubs ensure that their players have adequate transportation and others leave the players to the mercy of God. That was the case with Juliana. This death occurs in an attempt to win three points in a soccer match in an official competition. We have to reflect to see where we are standing and what we are doing to change this”, concludes.

the more one knows about the probabilities of a hazard, the less one worries