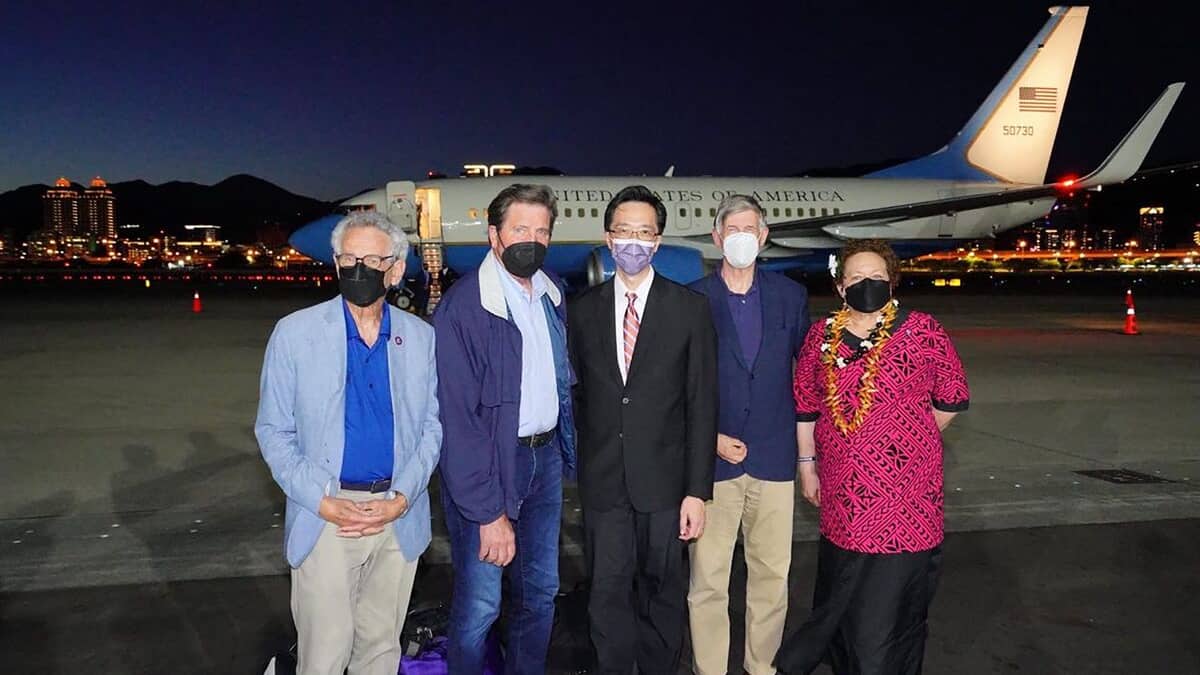 A delegation of US congressmen arrived in Taiwan on Sunday for an unannounced visit, a US diplomatic source on the island said.

This visit of five people – a senator and four representatives, Democrats and Republicans -, which must last until Monday, according to the American Institute in Taiwan, the de facto embassy of the United States in the island, occurs a few days after the end of the most important military maneuvers ever carried out by Beijing around Taiwan, in response to a visit by the speaker of the American House of Representatives, Nancy Pelosi.

Taipei has accused China of using Ms Pelosi’s visit as a pretext to practice an invasion.

In response, the United States reaffirmed its commitment to the region.

Washington will strengthen its trade relations with Taiwan and make new air and sea crossings in the strait, in response to the “provocative” actions of China, announced Friday Kurt Campbell, coordinator of the White House for Asia-Pacific.

China considers Taiwan, with a population of around 23 million, to be one of its provinces, which it has yet to successfully reunify with the rest of its territory since the end of the Chinese Civil War ( 1949).

Opposed to any initiative giving the Taiwanese authorities international legitimacy, Beijing is against any official contact between Taiwan and other countries.

US officials visit the island frequently, but China deems the visit of Ms. Pelosi, one of the highest figures in the US state, to have been a major provocation.

“As China continues to escalate tensions in the region, the US Congress has again sent a high-level delegation to Taiwan, demonstrating a friendship that is unfazed by China’s threats and underscores the support resolve of the United States towards Taiwan”.

US lawmakers will notably meet with President Tsai Ing-wen and Foreign Minister Joseph Wu, he added.

European Athletics Championships: Weißhaidinger wants to roll up the field from behind