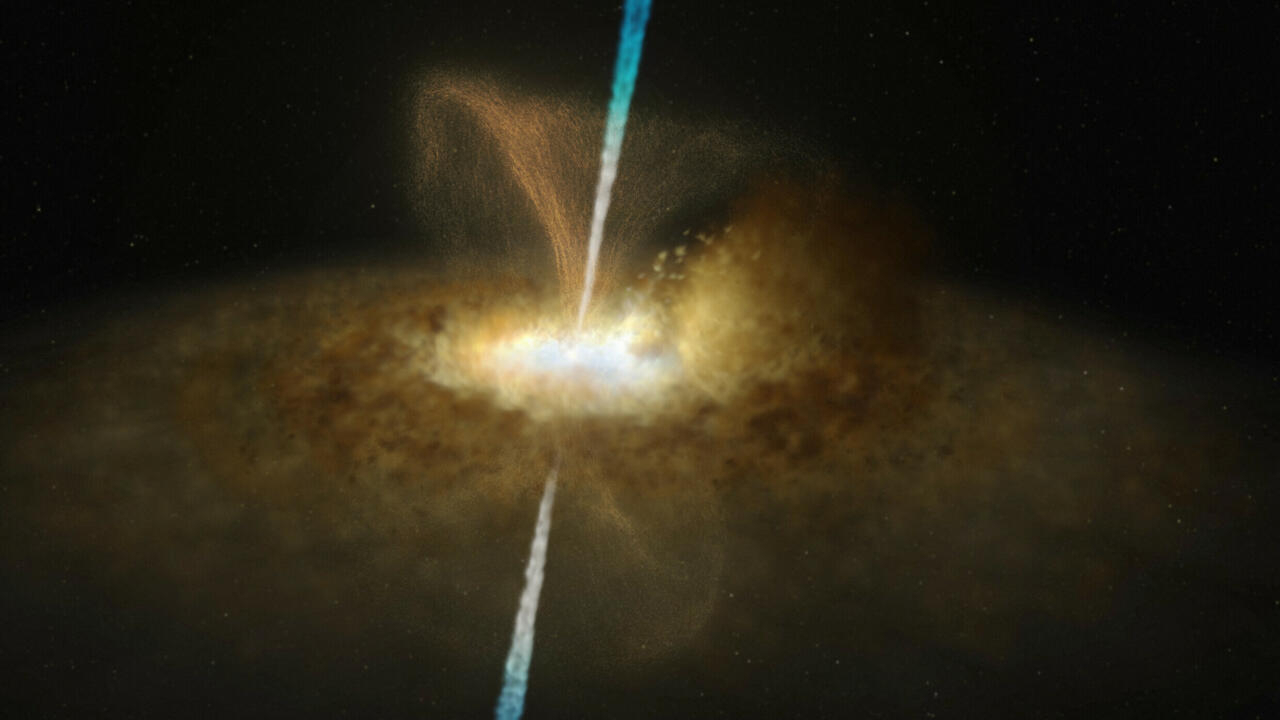 An international team of astronomers confirmed Thursday with pictures the existence of a supermassive black hole in the heart of our galaxy, which they called the “beautiful giant” thanks to the use of the global network of observatories of the Event Horizon Telescope, three years after publishing the first image of a black hole located in a distant galaxy. Black holes are objects of extraordinary density with such immense gravity that not even light can escape them, making them extremely difficult to view.

On Thursday, scientists made it possible to look for the first time at Black hole They called it the “beautiful giant” at the heart of our galaxy, the “Milky Way”, and published a picture of a black hole with a huge mass that devours any material that falls within its gravitational range.

The black hole, called Sagittarius A, is the second hole ever photographed. This unique work was accomplished through the same international cooperation mechanism that relied on the Event Horizon Telescope, which in 2019 revealed the first-ever image of a black hole at the heart of another galaxy.

For her part, astronomer Ferial Ozil of the University of Arizona praised, at a press conference in Washington, what she called “the first direct image of the beautiful giant in the center of our galaxy,” showing a glowing ring in red, yellow and white colors around a darker and darker center.

The black hole is 4 million times more massive than the Sun, and is located 26,000 light years from Earth. A light year is equal to 9.5 trillion kilometres.

The image was acquired using the Event Horizon Telescope’s global network of observatories, which work collectively to monitor radio sources associated with black holes, although imaging it was complicated by its dynamic environment, which includes gas swirls.

It showed a ring of light – intermittent super-hot matter and radiation circling at tremendous speed at the edge of the event horizon – around a dark region representing the actual black hole. This is called a black hole’s shadow or silhouette.

The Luna cryptocurrency exchange rate collapsed from $85 to $0.005 in a few days

The domestic comic “Knight of the King”, the plot extension work “The Hero of the King”, released the latest development content in 2022- Bahamut