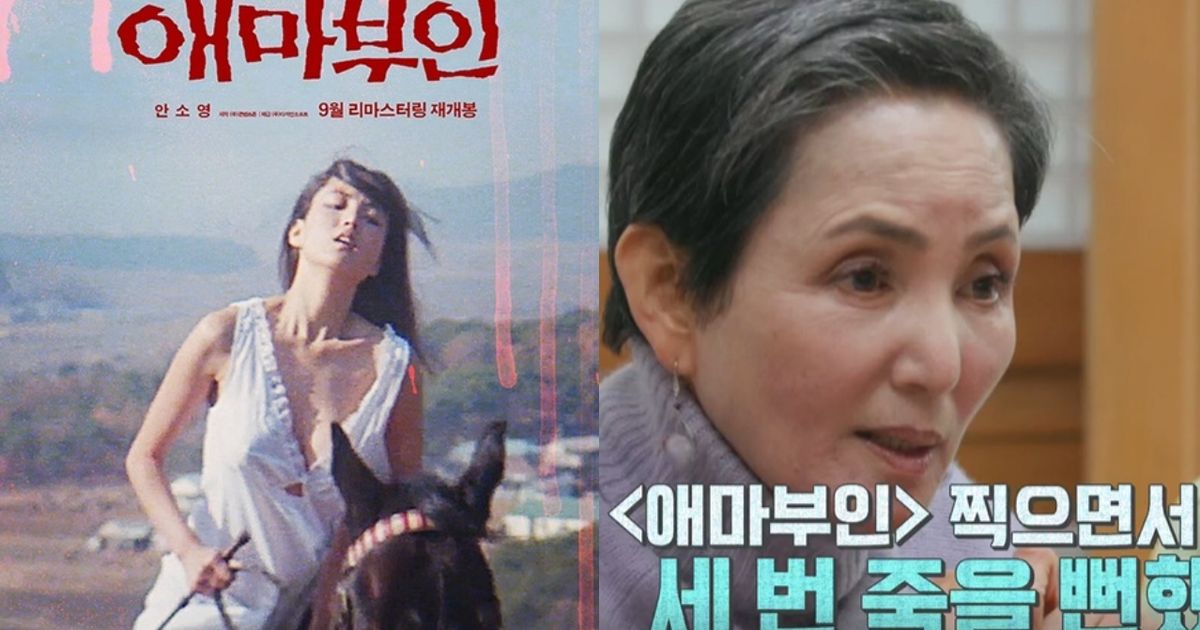 Actress Ahn So-young revealed an anecdote that her life was threatened while filming the movie ‘Mrs.

Ahn So-young appeared on KBS ‘Park Won-sook’s Let’s Live Together’ broadcast on the 23rd. Ahn So-young enjoyed great popularity in her last film, ‘Mrs. At the time, the topic of discussion in the movie was the scene in which So-young Ahn rode her horse in nude, where her dangerous secret was hidden.

Ahn So-young, who said, “I almost lost my life three times while filming a movie,” accused the filming environment of the 1980s, which was so poor.

Ahn So-young said, “It’s a role where I have to ride a horse all nude, but they told me to ride without a saddle. He told me to just ride on a leash. He bled after filming the scene. I even told the director to take responsibility if I couldn’t have children.”

There was another filming that did not take the safety of the actors into account at all.

On a day when a huge cold wave hit, the director insisted on saving production costs and forced us to shoot scenes that hit the rain. Ahn So-young said, “When I sprayed water with a hose, the water froze and fell. My body was scarred, and my whole body was frozen and when I heard the cut, I passed out on the spot.”

Due to the unreasonable demands of the production team, a car accident occurred. At that time, Ahn So-young, who had just received his driver’s license, had to drive a car in the vicinity of Paldang Lake. Due to the nature of the scene, it was necessary to speed more than 100 km/h, but Ahn So-young turned the steering wheel in surprise by a passerby and his vehicle fell into the Paldang Lake.

Ahn So-young said, “When I opened my eyes, I was in the water. The windshield was broken,” she recalled. Besides, the crew was filming in a distant mountain, and they couldn’t even figure out that the car had fallen into the water. Fortunately, Ahn So-young, along with her fellow actor Ha Jae-young, managed to get herself out of a drowning vehicle with superhuman powers, she said.

Below are related videos.

A disaster if you eat these 3 foods alongside bananas, nutrition experts warn of the seriousness of this problem