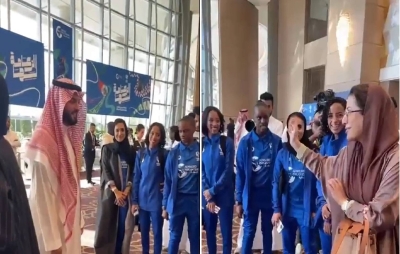 Al-Marsad newspaper: A video clip showed the president of Al-Hilal, “Fahd bin Nafel” speaking to the players of the Al-Hilal women’s team.

During the video, “Ben Nafel” appears smiling at the players and shares that unforgettable moment for many of them.

One of the women was keen to direct some words to the club’s president, saying – according to what is understood from the video: “We benefited a lot.”

In turn, the Crescent President thanked and greeted the participants and joked with them in a funny way.