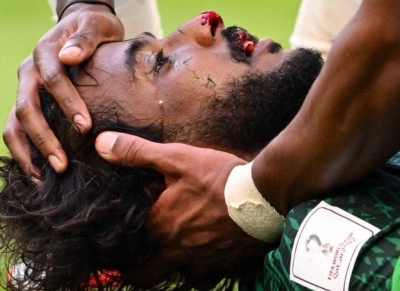 Al-Hilal club president said in statements to the Qatari Al-Kass channel that he had visited Yasser Al-Shahrani in the hospital and that his condition was good.

Yasser Al-Shahrani was injured during the Argentina match, with a fracture of the jaw and facial bones, and he needed rapid surgical intervention due to internal bleeding.

And the national team achieved a valuable victory at the expense of the Argentine national team, with two goals to one, in the match that was held in the first round of Group C in the 2022 World Cup in Qatar.