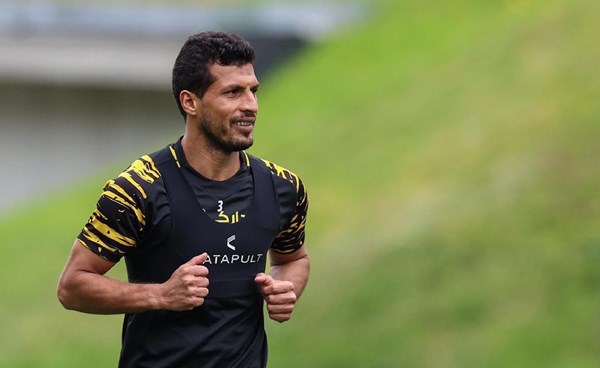 The management of the Saudi Al-Ittihad club has completed all the requirements for obtaining a certificate of financial competence during the summer registration period, and thus he is entitled to register the professional players he contracted with this year, led by former Egyptian Zamalek player Tariq Hamed.

The Saudi newspaper, “Al-Riyadia”, reported today, “Sunday”, that the management of the federation has completed all the pending requirements of salaries and previous late dues for some local and foreign players, provided that the file will be submitted to the Financial Efficiency Committee in the middle of this week.
The financial efficiency certificate allows the clubs to register, while the defaulting club is prevented from fulfilling its obligations from signing any contracts.
It is noteworthy that Al-Ittihad signed with the Egyptian Tariq Hamed coming from Zamalek in a free transfer deal, and the Angolan Helder Costa on loan for a season from the English club Leeds United, and Ahmed Sharahili after the end of his contract with Al-Shabab, and Zakaria Hawsawi from one, while the team retained six foreigners who defended its colors in the season. Past.
Twelve out of 16 clubs are seeking to pay all financial requirements, in order to obtain financial efficiency, before the start of the Prince Mohammed bin Salman Professional League League at the end of August.
Al-Ittihad and Al-Nasr are the most demanding Saudi clubs to pay their financial obligations, after Al-Ahly, which was relegated to the Yellow League “First Class”.
Al-Ittihad administration had to pay about 42 million riyals, while Al-Nasr was required to pay about 36 million riyals to obtain a certificate of competence and register new players.

Why do men get cancer more than women? A recent study answers