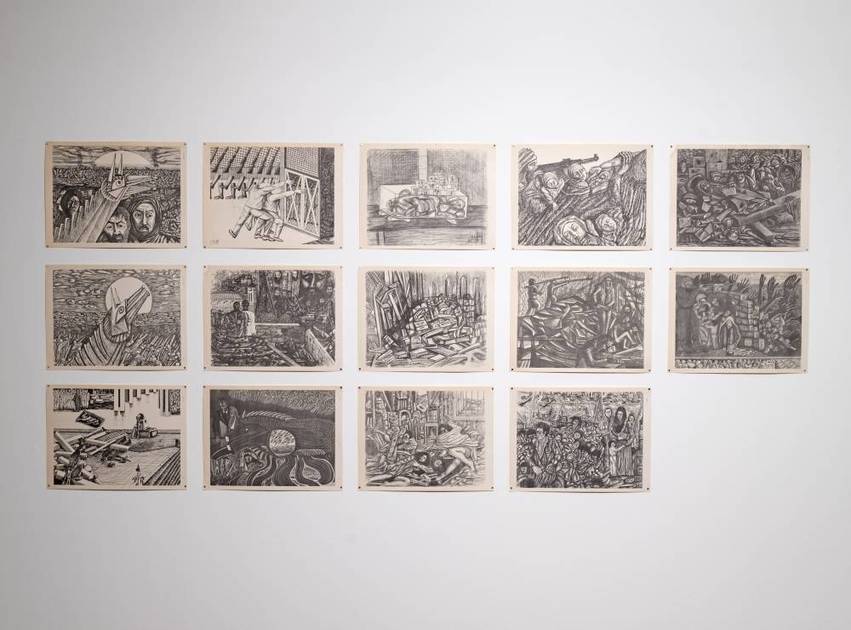 The first retrospective exhibition in the Emirates of the late Lebanese artist, Aref Al Rayes, which was held by the Sharjah Museums Authority and the Sharjah Art Foundation at the Sharjah Art Museum between February 26 and August 7, reveals the many artistic styles that the artist acquired through his rich experiences around the world. especially in the USA, Europe and West Africa.

The exhibition, which led its visitors to a kind of aesthetic pleasure, contained more than 90 artworks and 13 sculptures, highlighting the extensive and long journey of one of the most prominent modernist artists in the second half of the twentieth century, distinguished by his abundant and rich creativity that spanned for more than half a century. His contributions to sculpture and frescoes and his distinctive and striking use of abstract colors and designs.

The exhibition was visited by more than 12,000 visitors, including artistic, official and legal personalities, as well as a large number of amateurs, talented, pioneers and creative youth, who wished to see his works arranged in chronological order, including his paintings with deep themes, abundant colors, complex artistic installations and unique styles. in designing his sculptures.

Manal Ataya, Director General of the authority, confirmed that the exhibition acquires a special feature because it is proud of bearing the name Aref Al-Rayes, one of the creative artists, and highlights his biography of ideas, opinions and accumulation of experiences over several years, noting that such specialized exhibitions play a pivotal role in moving conscience and enlightening minds and the deepening of artistic culture, which makes the authority determined to move forward in organizing quality exhibitions for artists from around the world, with a focus on local and Arab artists who have enriched the creative scene with their works.

She added that the authority is proud of what the exhibition has achieved, expressing its deep thanks to the Sharjah Art Foundation for its continuous support, as it actively contributed to the consolidation of the exhibition in the cultural scene, and the success of its goals, noting their keenness to consolidate joint cooperation with relevant institutions, locally, regionally and globally, in the interest of highlighting The value of culture in its various orientations and fields, and the appreciation of the works of local and Arab artists, explaining that the authority aims to preserve the richness of the fine stock and support the artistic and cultural movement, which is a front for the Emirate of Sharjah through its various events, exhibitions and activities.

Al-Ittihad Club registers its players with a “certificate of competence”