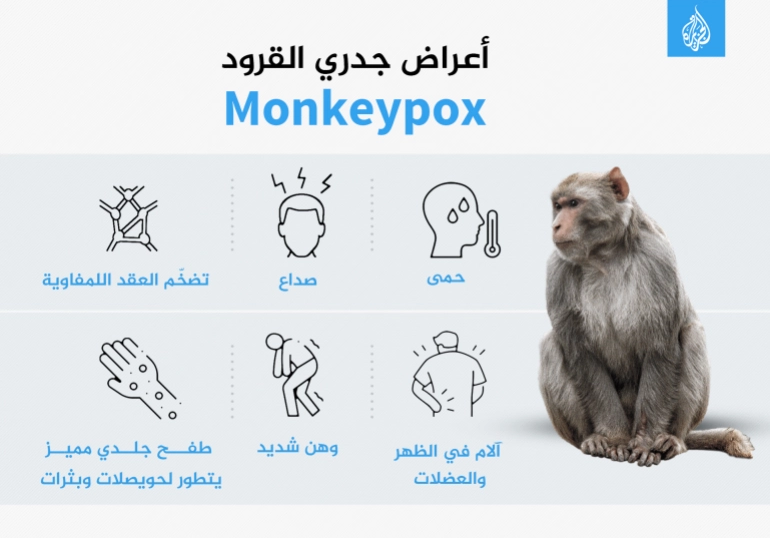 “Corona’s drunkenness went away and the idea of ​​monkeypox came up.” After Lebanon breathed a sigh of relief and “liberated” from the muzzle, the health file returned to invade Lebanon.

Monkeypox belongs to the same family of viruses that cause smallpox, but causes milder symptoms. Most patients suffer from fever, body aches, chills and fatigue.

People with a more severe level of the disease may develop a rash and blisters on the face and hands that can spread to other parts of the body.

Experts believe the current outbreak of monkeypox is spread through direct contact with the skin of a person with an active rash.

As for Lebanon, rumors abounded about a suspected case, so the head of the Preventive Medicine Department at the Ministry of Health confirmed to MTV that “we sent a sample to France from a patient suspected of having monkeypox, and we are waiting for the result after five days.”

“The Ministry of Health team is able to confront monkeypox if it reaches Lebanon,” she said. She added, “After two weeks, a device for testing monkeypox will arrive in Lebanon.”

And sources in the Ministry of Health confirmed to our website hours ago that “until this moment, there is no confirmed case of “monkey pox” in Lebanon,” stressing that they are following the issue with great interest.

Australia’s new prime minister sworn in, says he will make major changes to climate policy after winning the election