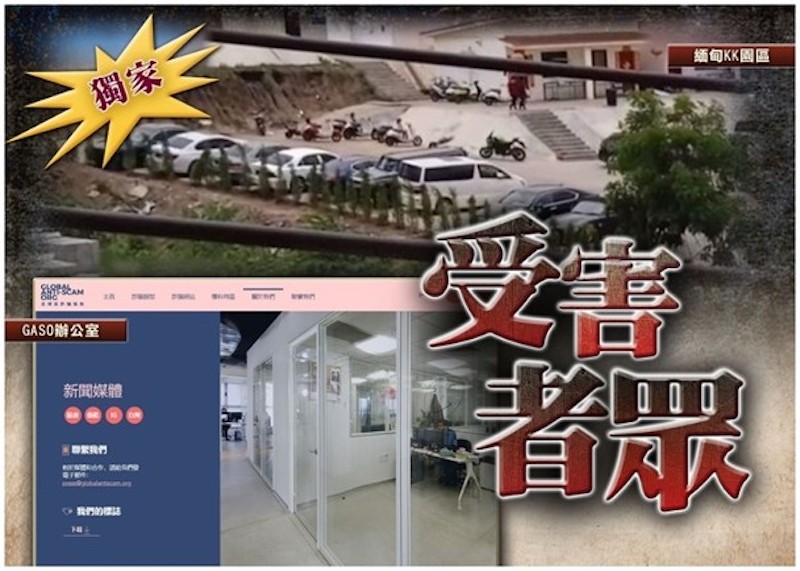 Recently, it has been reported in Taiwan that many people have been deceived into working in Cambodia, Myanmar and other places, but were forced to engage in online deception after arriving in Taiwan. It was also reported that some people had their organs removed by a fraudulent group, causing panic in many places around the world. The Global Anti-Fraud Organization (GASO), a US non-profit organization, confirmed in response to Dongwang’s inquiry on Wednesday (17th) that the organization has received many cases of Hong Kong people trapped in Myanmar’s “KK Park” for help, and is cooperating with the Asian National Police, including the The United States stated the seriousness of the incident, etc.

GASO said that many Hong Kong people were trapped in Myanmar, especially the “KK Park”, which is known as the hell of human trafficking, but did not provide specific figures, only saying that the victims were “80% voluntary”. In addition to talking about the situation of Hong Kong people in Myanmar, GASO also pointed out that people from the mainland, Taiwan, Malaysia, Thailand, Vietnam, Bangladesh and India are trapped in Cambodia.

In addition, GASO also mentioned that the deceptive methods used by fraudulent groups are changing over time. For example, in the past, they used high salaries to attract victims, but after extensive media publicity, they have new methods to deal with them. Now they have changed to using Moments, and even looking for companies to recruit dancers. Members, makeup artists and bands traveled to Cambodia and Myanmar.