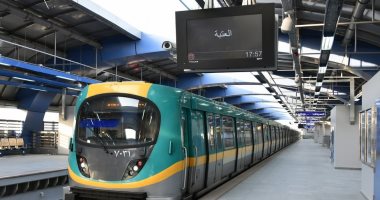 For its part, “RATP” Dave Cairo Transport Company, the company responsible for managing and operating the third green metro line, announced that, due to the preparations and preparations for the opening of 4 new stations on the third line, the Ataba station will be closed for one day only, on Friday, September 23 2022.

The company confirmed that the Bab Al Shaeria station will be the final station on the third green line throughout the working hours today, Friday, under the directives of the Ministry of Transport and under the supervision of the National Authority for Tunnels.

She explained that the trips that will pass through the Abbasiya station will require the passenger to change the train at the Abbasiya station, and the Ataba station will return to work on Saturday morning, corresponding to September 24, 2022 in a normal and regular manner, in addition to preparing to open the Ataba station as a supplementary and not final station on the third line.