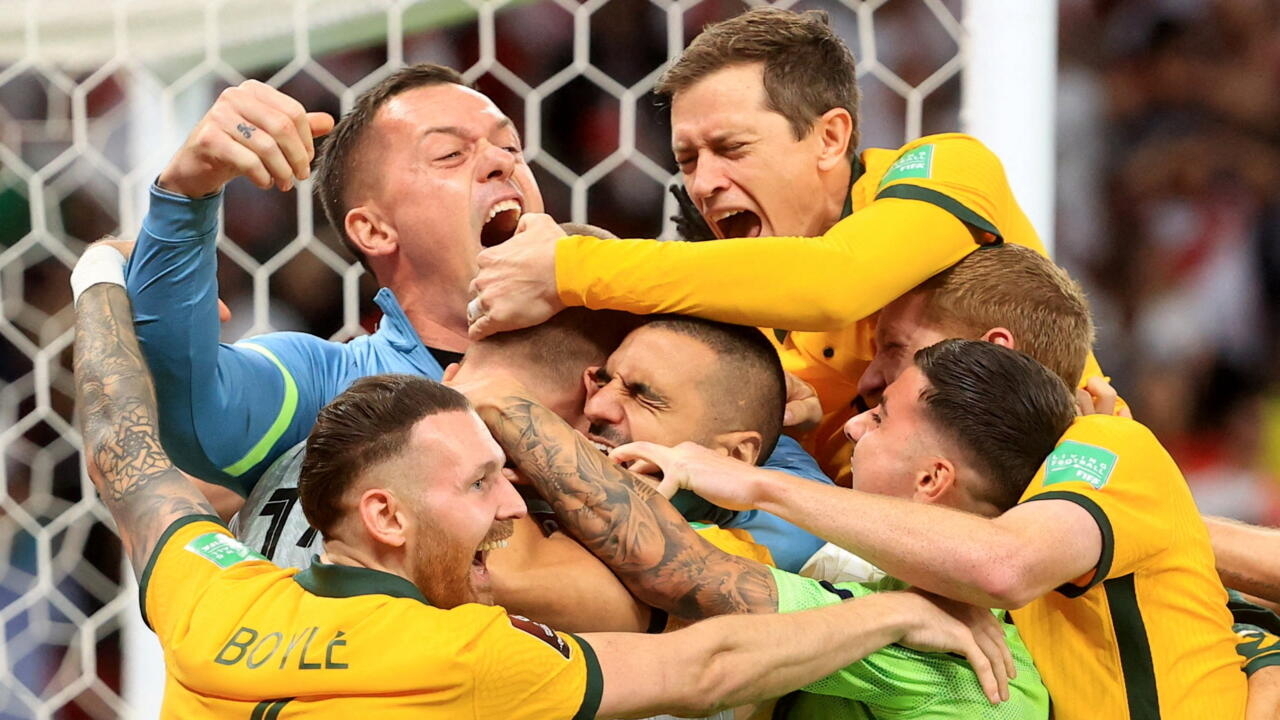 The “Socceroos” won their ticket to Qatar on Monday, beating Peru on penalties (0-0, 5 tab to 4). On November 22, it is therefore Australia which will be the first opponent of the Blues at the World Cup-2022.

For France, it will be Australia: the “Socceroos” have qualified for the World-2022 in Qatar (November 21-December 18), in Group D of the world champions, after penalties against Peru (0-0, 5 tab to 4), Monday June 13 in the host country.

The Blues will start their tournament against this opponent on November 22, before facing Denmark on November 26 and Tunisia on November 30. Australians and Danes were already in the French group at the 2018 World Cup.

Only one ticket out of 32 remains to be won for the first football World Cup in an Arab country: on Tuesday, Costa Rica and New Zealand will try to integrate the group E record, with Spain, Germany and Japan.

In the air-conditioned enclosure which will host seven matches during the tournament, Australia, 42nd in the FIFA rankings, dominated the first period against the 22nd in the world. Coach Graham Arnold’s men shot on goal five times, against two for their opponents, but none of these strikes were on target.

The Peruvians, under the leadership of Argentinian Ricardo Gareca, regained some color after half-time, proving to be more dangerous in the first 25 minutes of the second period.

But the first shot on target arrived on the Australian side, on a free kick from Frankfurt attacking midfielder Ajdin Hrustic, in the 81st minute, inaugurating ten minutes of marked domination by the “Socceroos”.

This was not enough to save them from an extension, where the South Americans, carried by their midfielder Edison Flores, multiplied the chances until the shots on goal. A session before which the Australians changed goalkeeper, Andrew Redmayne replacing Mathew Ryan.

They took it well since the experienced 33-year-old player and exercise specialist was decisive. After a first Australian shot from Martin Boyle stopped by Peruvian goalkeeper Pedro Gallese, Luis Advincula also missed his attempt by finding the post.

The two teams again tied after the first series of five shooters, it was finally Redmayne who sent his men to the World Cup by stopping Alex Varela’s attempt.

Green Day concert – this is how the punk legends rock Vienna

Will Paolo Falzone leave prison on Tuesday? His lawyer tells the backstage of his defense to Benjamin Maréchal (video)