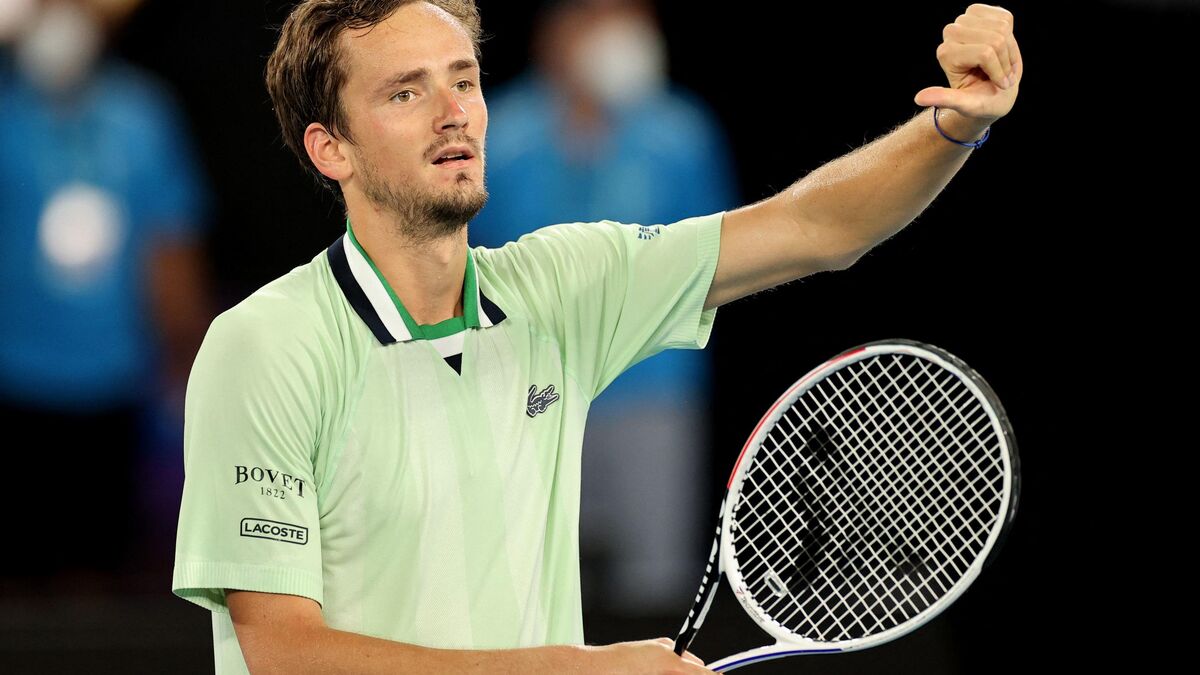 Daniil Medvedev, 2nd in the world, saved a match point before winning in five sets on Wednesday against the Canadian Félix Auger-Aliassime (9th) 6-7, 3-6, 7-6, 7-5, 6-4 in 4h42. Finalist last year, the Russian became the favorite of the tournament after the expulsion of Novak Djokovic before the start of the competition. Winner of the last US Open, Medvedev could become the first player in the Open era (since 1968) to win his first two Majors consecutively.

He will face Stefanos Tsitsipas (4th) on Friday, who will try to reach the final of a Grand Slam tournament for the second time, after Roland-Garros 2021, and who outclassed the Italian Jannik Sinner (10th) 6-3, 6-4, 6-2. “My humility helped me. I knew I was going to face a very good player, commented the 23-year-old Greek. I just focused on my best shots and it paid off better than I expected.

It’s over for Alizé Cornet

Serene, solid, inspired and motivated, Tsitsipas left no chance to his opponent who was playing his first quarter-final in Melbourne. In 2:06, he had 30 winning shots, converted the four break points he had to play and did not concede a single one on his own face-off. The performance of Tsitsipas, who is recovering from an elbow operation suffered at the end of November, is all the more remarkable as he had chained complicated matches in the previous rounds with victories in four sets in the 2nd round against Sebastian Baez and in the 3rd against Benoît Paire, before a titanic clash with Taylor Fritz for a victory in 5 sets in the round of 16. “My doctor has to look: we didn’t think I would be able to play the Australian Open. I proved him wrong! “said Tsitsipas.

Among the ladies, Alizé Cornet’s adventure at the Australian Open came to an end on Wednesday, after the defeat of the Frenchwoman, who was finally playing her first Grand Slam quarter-final, against the American Danielle Collins, winner in two sets (7-5, 6-1, in 1h28). She will be opposed to the Polish Iga Swiatek, 9th in the world, who narrowly escaped Wednesday against the Estonian Kaia Kanepi (115th) 4-6, 7-6, 6-3. In the other semi-final, Australian Ashleigh Barty, seeded No. 1, will face the other American, Madison Keys.

After Mali and Guinea, Burkina Faso in turn targeted by a coup