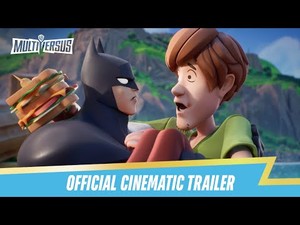 Warner Bros. Interactive Entertainment (Warner Bros.) has released a trailer for the new game ‘MultiVersus’, which is about to be released this year.

Multiverse is a brawler action game being developed by Player First Games. Characters from various movies, cartoons, animations, and dramas, such as DC Comics, Looney Tunes, Tom and Jerry, and Game of Thrones, owned by Warner Bros.

In the trailer released this time, Batman and Shaggy, who are suddenly summoned to an unknown place, Bugs Bunny and Arya Stark team up and fight with each other, and then Tas, Harley Quinn, Jake, and Garnett, who are summoned, also fight and become a mess. show the look At the end, Superman and Iron Giant appear, talk and fly together, bringing all the characters together with the game logo, and the video ends.

It is a free-to-play method that allows you to enjoy the game without paying a separate fee, and supports cross-play, so you can enjoy games with different models. More detailed game information can be found on the official Multiverses website.

The Apple Watch with a flat screen is rumored this year, but it may not be the one you think – Page 1 – Wearables Discussion Area