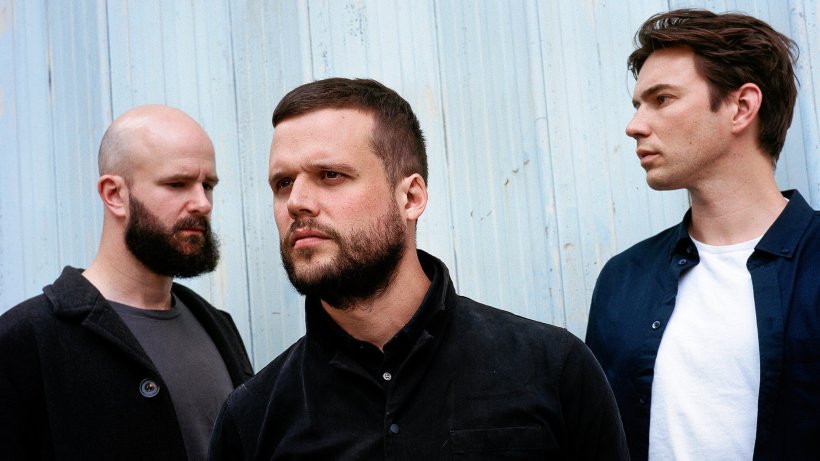 London.
Sometimes a band or their equipment gets stuck in Dover’s customs traffic jam: After Brexit, things have become difficult for British musicians.

It is only in these months of the first major festival summer since the outbreak of the pandemic that the full extent of what Britain’s exit from the European Union means for the industry is becoming apparent. “The heartbeat and future of our vibrant industry threatens to get stuck in Dover through no fault of its own,” pop legend Elton John said in a recent survey. What used to be routine for British artists for decades, namely touring in front of huge foreign audiences in Europe, is no longer a matter of course.

In April, the London rock band White Lies had to cancel a gig in Paris at the last minute because their equipment couldn’t make it across the border in time due to bureaucratic Brexit hurdles. “It breaks our hearts to be in this beautiful city but not to be able to perform because of such a banality,” the musicians wrote on Twitter. Other bands had had the same problems shortly before.

This summer, with holidaymakers’ cars and trucks backing up at the Port of Dover due to Brexit passport controls, the risk of up-and-coming talent getting stuck there is even literal. But even before a band even gets on their tour bus, there are hurdles to overcome. For example, some vehicles from Great Britain that are used to transport equipment are no longer permitted on tours in Europe. Work permits in EU countries are often a problem: in many cases, musicians are only allowed to work in other EU countries for a limited number of days, and special permits cost effort and a lot of money.

Being only allowed to work 90 days in Europe for six months is an enormous limitation for many, says the English concert pianist Julius Drake in an interview with the German Press Agency. The sector is very international and for many opera singers and other classical musicians it is everyday to travel and perform from one country to another. “We now have to count the days and turn down a lot of offers.” Industry represents, in a dpa interview. Actually nobody has an interest in making it as difficult as possible for musicians to go on tour. On the contrary: both the EU and Great Britain both benefit when there is as much exchange as possible.

No agreement between London and Brussels

In Great Britain, too, the visa regulations – unlike in other industries – are not actually a controversial issue for musicians. “There isn’t a constituency in the UK that says: We want to make it as difficult as possible for musicians to go on tour.” Despite this, apart from a few bilateral agreements, there is no agreement between London and Brussels.

After all, the issue has reached the heart of British democracy. More than 100 representatives from the UK House of Lords and House of Commons have looked into this, summarizing problems and proposed solutions in a report called ‘Let The Music Move’, urging the UK government to act. “We Brits are good at music. I mean really well. Really, really good,” Labor MP Kevin Brennan writes in it – and also draws attention to the British music industry as a powerful economic factor. “To put it simply: We make money with our music.”

Parliamentarians: “We earn money with our music”

Among other things, the parliamentarians propose financial support so that musicians can cover the additional costs. Most central, however, is this message: Great Britain should work together with the EU to eliminate costs and hurdles as far as possible.

It’s not the only board London and Brussels have to drill at the moment. A dispute with enormous potential for conflict has developed, particularly in the struggle over post-Brexit rules for the British province of Northern Ireland, which will continue to follow the rules of the EU internal market. In many other areas, cooperation is on hold. “If you have a lot of difficult issues on the table, start with the easiest,” says Njoku-Goodwin. In principle, there is openness on both sides.

No role in the campaign

The British government said it would continue to work for better visa conditions and work permits in EU countries that have not yet relaxed their rules. In the election campaign to succeed outgoing British Prime Minister Boris Johnson, the issue – like the consequences of Brexit in general – has not played a role so far.

More articles from this category can be found here: Culture