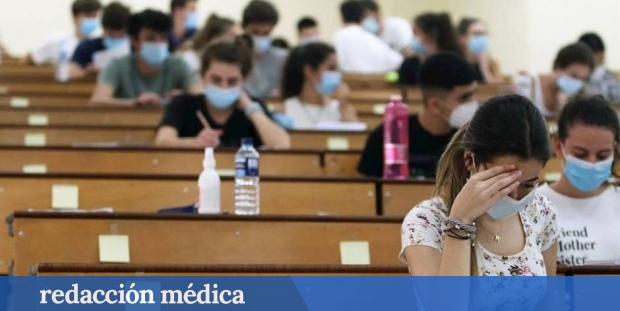 Students in a classroom.

One of the main objectives of Ministry of Universities is the university fee reduction with the aim of “democratizing access to university”, as well as “minimizing inequalities” between students, in all fields, including that of Medicine. Two courses ago, the ministerial body and the departments of the competent Autonomous Communities closed the agreement for the change in the system of fixing prices of the rates and to establish some maximums. However, according to an analysis by the Observatory of the University System of Catalonia (OSU), a total of ten Autonomous Communities have yet to comply with the agreement. According to sources from the Ministry of Universities consulted by Medical Writing, the regions still have a margin of two courses to apply said reduction.

In addition, only four territories have reduced prices, although they have not yet completed the reduction provided for in the agreement (Catalonia, Valencian Community, Estremadura Y Navarra) and only one has reduced prices despite the fact that the agreement did not oblige it to do so: Cantabria.

The result continues to be a great diversity of prices by Autonomous Community, among which Catalonia stands out because taking studies classified as having a higher level of experimentality costs more than double than in the cheapest community (Andalusia). For its part, Madrid It stands out because studying a career considered to have a lower degree of experimentality costs two and a half times what it costs in the cheapest community (Asturias). In fact, the cheapest races in the Community of Madrid continue to cost more than the most expensive races in 12 of the 17 Autonomous Communities.

Thus, according to the report, a total of ten Autonomous Communities have yet to reduce university fees. top the list Catalonia, which should reduce the average price by 843 euros, followed by Madrid (290 euros), Valencian Community (131 euros) and Navarra (83 euros). complete the list Basque Country (48 euros), Aragon (46 euros), Estremadura (37 euros), La Rioja (36 euros), Balearic Islands (29 euros) and Castile and Leon (216 euros).

The same situation of diversity occurs in the case of masters, where the price differences are “extreme”. Only eight autonomous communities have begun to reduce the prices of their qualifying master’s degrees or linked to the exercise of a regulated profession, despite the fact that all of them must do so. And of the eight, which have reduced prices, only Asturias has already completed all the agreed reduction.

With regard to the first enrollment in master’s degrees that are not qualifying or linked to the exercise of a regulated profession, which represent 91 percent in Spain, it is found that, despite no agreements being reached in this regard at the Conference General of University Policy, three CCAA have reduced their prices.

However, not a single autonomous community has reduced tuition fees for doctorate. These prices are 6.7 times more expensive in Castilla y León and Catalonia (the most expensive Autonomous Communities) than in Andalusia (the cheapest).

Lyon-OM: Bosz gives a layer on the programming of the match – Around OM