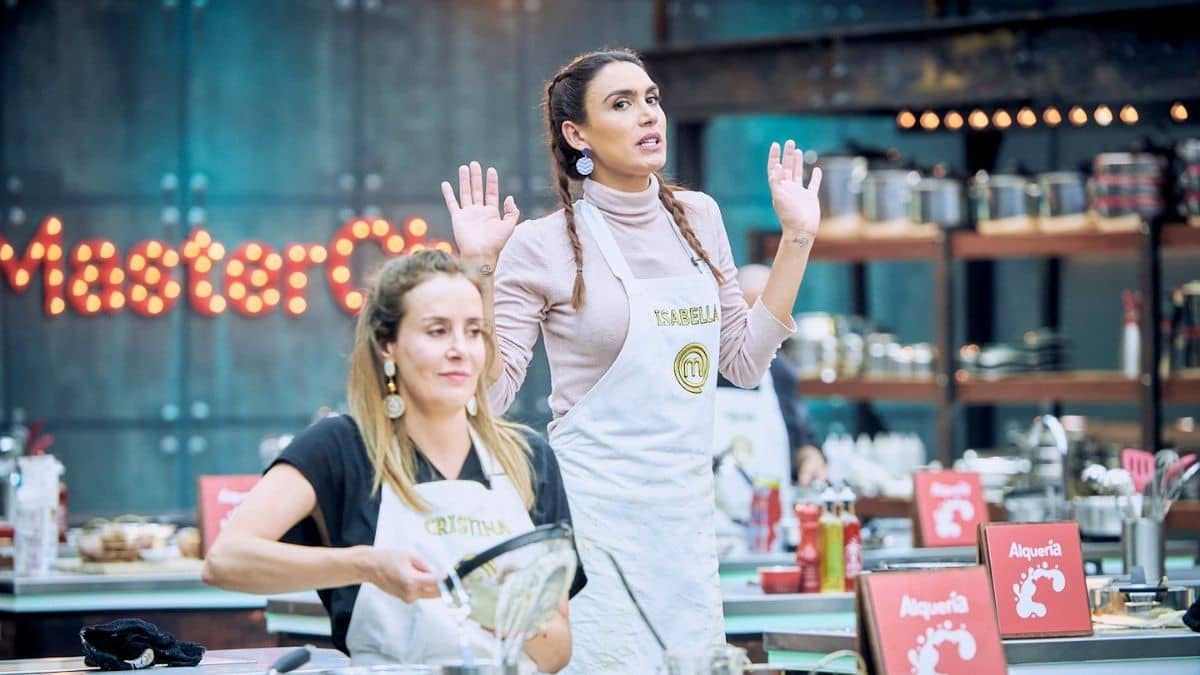 After the Chilean Christopher Carpentier made everyone laugh by communicating through sign language in the kitchen of MasterChef Celebrity, continues the speed challenge in which potatoes and milk are protagonists. The actress isabella santiago scared more than one with a stumble that could have taken her to the ground, but she managed to avoid the fall and advances to the next stage.

It may interest you: Master Chef Celebrity | Chapter 81 | Speed ​​and more laughs with Chris Carpentier

Comedian Chicho Arias still does not convince the demanding juries with its mash and the actress Cristina Campuzano either. For its part, Manuela Gonzalez take a cold plate to the lectern and they return it precisely because of the temperature. The chefs also warn others that they will not accept that mistake.

who are in the lounge They suffer with the way Cristina Campuzano cuts the potato, because they consider that she is wasting food. Manuela González goes to the third stage, like Isabella Santiago. Chicho Arias falls to the floor and does everything possible so that his plate is safe, because he then takes it to the lectern.

Claudia Bahamon taste the actor’s puree Carlos Baez and is not capable of saying something negative about it, even though it’s obviously salty. Chicho Arias explains that flavor illiterate people are in the process of learning and moves on to the next stage of the challenge.

actor and director Ramiro Meneses try to win the challenge, but Claudia Bahamón initially rejects the presentation and the jurors return it to the station. Isabella Santiago takes her croquetas to the lectern, but she still has to make some corrections and improvise. the biker Tatan Mejia self-proclaimed president of the illiterate union of the flavor

Not to be missed: Cristina Campuzano expressed her joy at being in the top 10 of MasterChef

Ramiro Meneses becomes the first winner of the challenge, although Christopher Carpentier jokes for a moment before confirming the decision. Isabella Santiago can’t hide her annoyance after, when there is only one spot left, Manuela González goes to the lectern before her and also passes.

See also: The reason why Manuela González had to take out her skills as a stylist