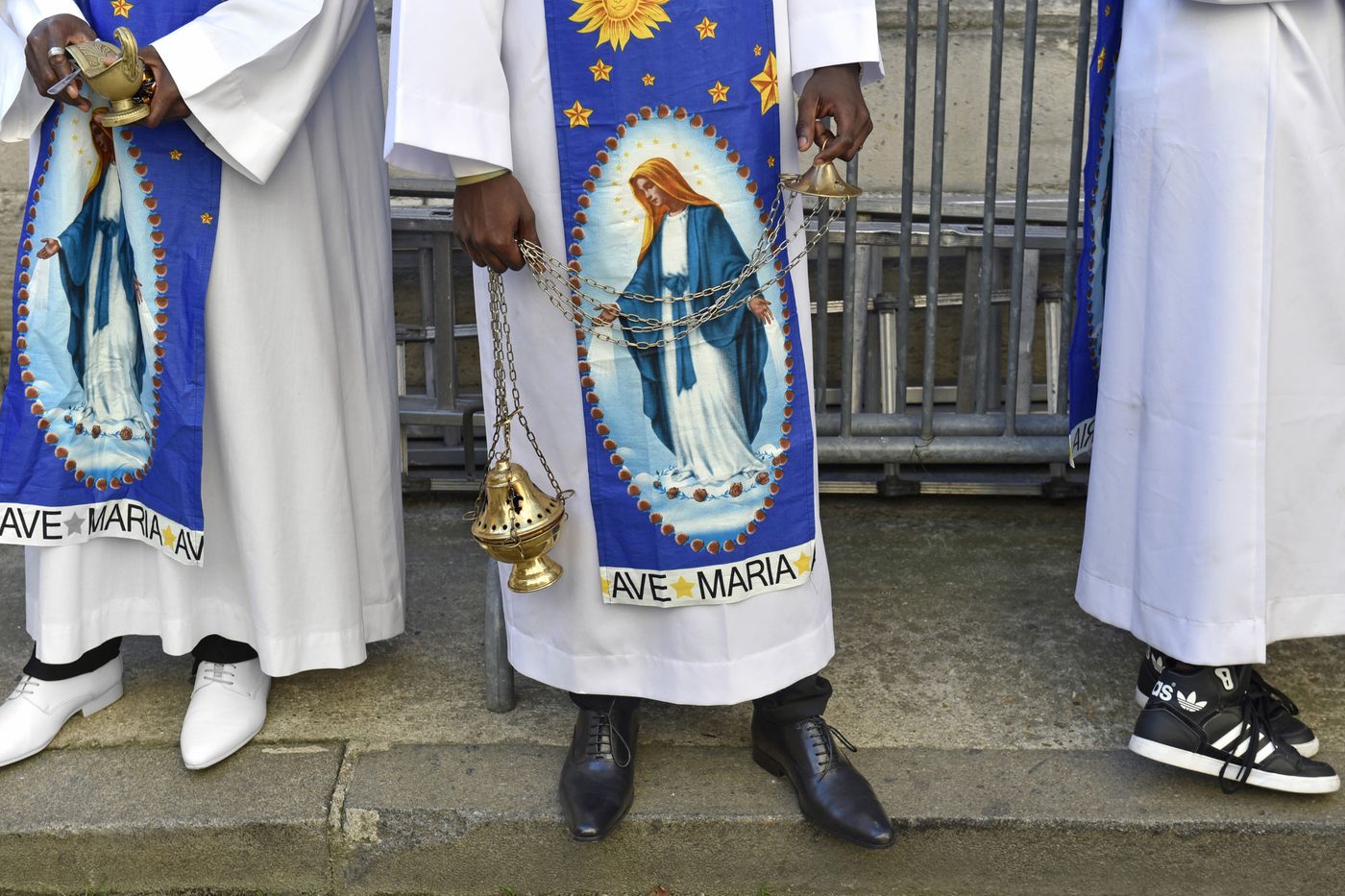 Since the beginning of the year, evasive press releases making public the dismissal of Congolese priests from the clerical state have attracted attention: nearly a dozen in a few months, coming from several of the 48 dioceses. The last, at the end of March, excluding three priests from the Tshumbe diocese, in the center of DR-Congo, had intrigued a lot. The quests for information encountered a wall of silence.

A 19-page internal document, written by the National Episcopal Conference of Congo (Cenco) and dated March 4, asking parent priests to renounce their priesthood to take care of their children could be one of the explanations.

The document examined by the bishops during their Plenary Assembly in March and titled “At the school of Jesus Christ. For an authentic priestly life”, intended to “break the silence” on this painful experience. It was not made public outside the clerical milieu.

The Congolese bishops express their sorrow for ” to certify “ only priests “do not lead an authentic priestly life”. They emphasize “the incompatibility of the office of father with the ministry and the priestly life in the Roman Catholic system” and insist on the need for these priests to adopt “responsible behavior towards children born to a woman and a priest”. They invite them to “deal with it completely and to do so seek dispensation from priestly obligations from the Holy Father”.

In the event that the priest in question is not ready to give up the cassock, the document asks the bishop to “present the case to the Holy See for the maximum penalty of dismissal from the clerical state”.

Associations of children of priests

The Congolese bishops recall that in many countries in the world, there are associations of children of priests. They “aim to bring out of anonymity and psychologically help the many people born of a relationship between a woman and a priest”.

For them, it is now time to do justice to the women and children who are victims of these situations and forced to live in hiding: “They ask for recognition and support. » In Congolese society, these children are considered “fruits of sin”.

“Exhorting and persuading are no longer enough, these attitudes make it difficult to amend the culprits and sow confusion and scandal among the faithful”, he insists. That is why “the priest who begets children needs both mercy and reproof from the Church”.

The Congolese bishops also praise the virtues of celibacy and believe that “many priests” faithfully live out their priestly commitments and that their testimony edifies the people of God.

They point out, however, that celibacy is tested by several factors including “the inclination or instinctual impulses that must be educated; the sexual freedom movement that is globalizing and does not leave the Church intact”but also “the cultural heaviness in certain environments which do not know any taboos on the sexual level and which require sanitation” and “material poverty or misery that does not favor the practice of virtues”.

A link with the Pope’s trip?

This document was sent to the Congolese priests on March 4, the day after the official announcement of the trip of the pope francis in DR-Congo from July 2 to 5. Should we see a link? One thing is certain: since the beginning of his pontificate, Pope Francis has made the fight against abuses of all kinds in the Church one of his great battles.

While he was Archbishop of Buenos Aires, he had already expressed himself on the question in an interview book with Rabbi Abraham Skorka, entitled On earth as in heaven (1). “If a priest comes to me and tells me that he has made a woman pregnant, I gradually make him understand that natural law takes precedence over his rights as a priest, he explained there. Consequently, he must leave the ministry and take charge of the child, even if he decides not to marry the woman. Because if he has the right to have a mother, the child also has the right to have a father with a face. »

10 habits that exercise your brain

What you have to know this Tuesday in La Tercera: the government will extend the Labor IFE until September and the alert in the Convention due to the rise in “rejection” in the polls