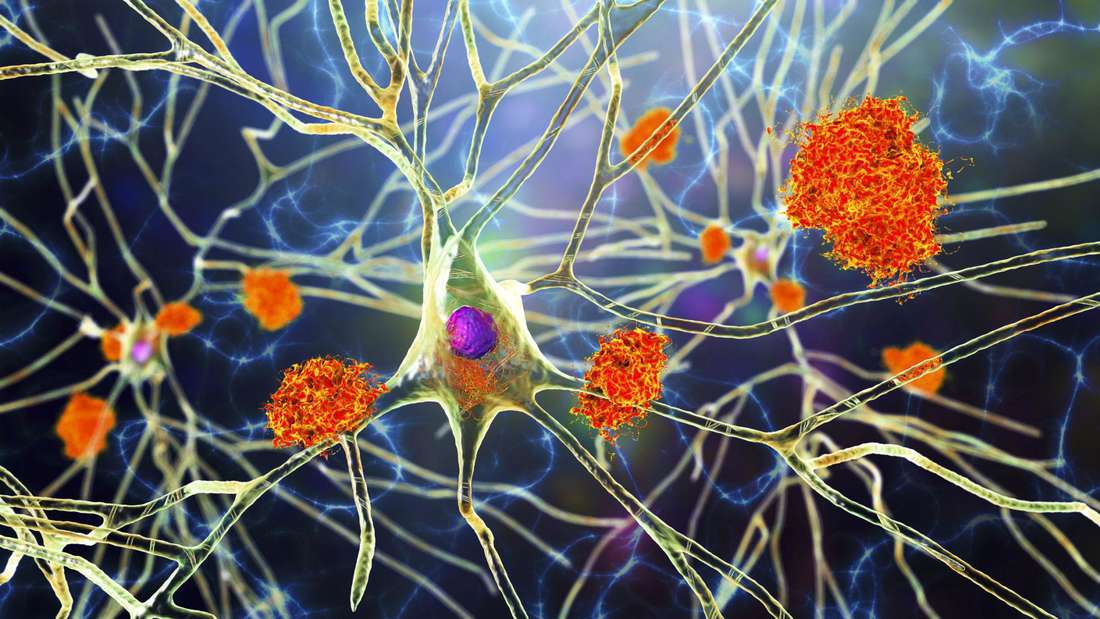 According to an American-British study, the pathogens that cause chickenpox and herpes can together trigger dementia.

Massachusetts/Oxford – It has only been a few weeks since a science scandal broke out apparently falsified studies on the development of Alzheimer’s research in this important area. It is still only partially understood which processes lead to the changes in the brain; what sets them in motion remains a mystery.

Researchers from Tufts University in Massachusetts (USA) and the University of Oxford (England) have now added one piece of the puzzle – or more – to answering this question. The American-British team strengthens the suspicion that the varicella zoster and herpes simplex viruses play a role – and has decoded a mechanism by which the two pathogens cause damage in the brain.

According to the study, the varicella-zoster virus (VZV), which causes chickenpox and shingles, can activate the herpes simplex virus “to start the early stages of Alzheimer’s disease,” according to a statement from Tufts University . The findings were published in the journal “Journal of Alzheimer’s Disease”.

Herpes simplex and varicella zoster viruses are among the most common viruses of all. Both belong to the herpes virus family, after an acute illness both remain in the body as “sleepers” and can be reactivated; Characteristics that may be of crucial importance for the development of Alzheimer’s. It is estimated that 95 percent of people contract varicella zoster before the age of 20. In most cases, this leads to chickenpox, and later reactivation of the virus to painful shingles (herpes zoster).

According to the World Health Organization, around 3.7 billion people under the age of 50 are infected with HSV-1, one of the most common forms of herpes simplex. HSV-1 causes the uncomfortable blisters on the lips. It spends most of its time silently in the body without triggering any symptoms, lying dormant in nerve cells; also in the brain. In the active state, however, HSV-1 viruses could lead to an accumulation of amyloid beta and tau proteins there, according to the Tufts University statement.

Both proteins undergo fatal changes in Alzheimer’s. For example, fragments of amyloid beta proteins can clump together to form plaques and tau proteins can form twisted, elongated fibers called fibrils. However, how these processes are connected and what exactly they do is not yet fully understood. The allegedly falsified studies also revolved around this complex of questions.

Alzheimer’s due to viral infection? “Think we now have evidence of these events”

The American-British research team now claims to have discovered that an infection with the varicella-zoster virus sets inflammatory processes in motion, which in turn awaken dormant herpes simplex viruses in the brain. The possibility of a connection between herpes simplex viruses and Alzheimer’s has been discussed for some time. One of the first to raise this suspicion and do research on it is neuroscientist Ruth Itzhaki of the University of Cambridge and the University of Oxford. She was also involved in the current study.

“We know that there is a correlation between HSV-1 and Alzheimer’s disease, and some have suggested that VZV may also be involved. But what we didn’t know is the sequence of events that the viruses create to start the disease,” says David Kaplan, chief of the Department of Biomedical Engineering at the Tufts School of Engineering. “We think that now we have evidence of these events.”

For their study, the researchers used a three-dimensional human tissue culture model that mimics the brain. They reproduced its structures in small, six millimeter wide sponges made of silk protein and collagen. They in turn populated the sponges with neural stem cells, which become functional neurons capable of transmitting signals in a network – just as happens in the real brain.

The researchers found that neurons cultured in brain tissue can be infected with varicella zoster. However, this alone did not lead to the formation of the proteins amyloid beta and tau, which are central to Alzheimer’s. However, if the neurons harbored a dormant herpes simplex virus-1, exposure to varicella zoster led to its reactivation – which in turn caused “a dramatic increase” in tau and amyloid beta proteins. The result: the neuronal signals slowed down.

“It’s a double whammy of two viruses that are common and usually harmless, but the laboratory studies suggest they can cause problems when new exposure to VZV wakes up a dormant HSV-1,” explains Tufts University’s Dana Cairns .

The researchers also observed that the samples infected with varicella zoster began to produce cytokines. Cytokines are proteins that are involved in inflammatory processes – and in fact, inflammation caused by the infection could be observed in the brain tissue. Possibly, according to David Kaplan, this inflammation led to the activation of dormant herpes simplex viruses in the brain – and to an even greater inflammation. The researchers see the risk of Alzheimer’s primarily increased by repeated activation of herpes simplex in the brain. Vaccination against chickenpox could “reduce it significantly”.

Alzheimer’s: Other routes to dementia are still possible

However, it is also “still possible that other infections and other pathways can lead to Alzheimer’s disease,” adds Dana Cairns. An interaction with risk factors such as head trauma, severe obesity and alcohol consumption is also conceivable. The corona virus was also suspected of being able to trigger Alzheimer’s, but a causal connection could not be proven.

With a big one Study from Denmark had been observed that the risk of Alzheimer’s and also Parkinson’s is increased six months to a year after an infection, although this also applies to influenza and bacterial pneumonia. Some scientists therefore suspected that the cause was less the coronavirus itself and more the inflammation associated with the infection.

The American-British research team is now bringing into play that Sars-CoV-2 can reactivate both dormant varicella zoster and herpes simplex viruses in the body. It’s wise to keep that in mind, they write. (Pamela Dörhöfer)

With Lionel Messi, the formation of PSG vs. Montpellier for Ligue 1