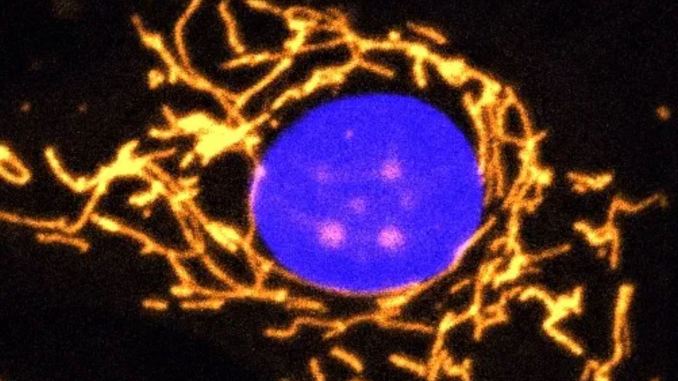 In a study published in Frontiers in Neuroscience, a team of researchers from Trinity College Dublin are proposing a new gene therapy that may one day be useful in treating a major eye disease that can also lead to vision loss in most cases. more serious and which can affect thousands of people around the world.

What is the dominant optic atrophy

We are talking about dominant optic atrophy, a condition that sees the deterioration of the optic nerves, symptoms that usually occur in the early years of adulthood.
Initially, there is moderate vision loss and various vision defects, including those related to color recognition. However, the severity levels can vary. For some people, the symptoms themselves can get worse over time and can lead to total blindness. There is currently no cure for dominant optic atrophy.

Dominant optic atrophy caused by mutations in the OPA1 gene

In the past, researchers have discovered a gene, called OPA1, which appears to play a role in this disease because it provides the instructions needed to produce a particular protein in cells and tissues. This protein is very important for the functioning of mitochondria and without it the mitochondrial function itself is no longer optimal.
Dominant optic atrophy is caused by mutations in the OPA1 gene, scientists say, resulting in dysfunction of the mitochondria that are responsible for the disease and its progression.

Experiments in mice with gene therapy

The team of researchers, led by Daniel Maloney and Jane Farrar, of the School of Genetics and Microbiology at Trinity, has developed a new gene therapy that, when tested in mice, appears to successfully protect the visual functions of rats. previously treated with a particular chemical targeting the mitochondria.
Maloney himself explains the experiment: “We used a smart lab technique that allows scientists to deliver a specific gene to cells in need using specially designed, non-harmful viruses. This allowed us to directly modify the functioning of the mitochondria in the cells we have treated, increasing their capacity to produce energy, which in turn helps protect them from cellular damage ”.

Useful for humans too?

According to the researchers themselves, this therapy based on the OPA1 gene could also be useful for humans with dominant optic atrophy and perhaps also for other diseases affecting mitochondrial dysfunction. In fact, mitochondrial dysfunction can also cause other neurological diseases and disorders and a possible cure for this type of dysfunction caused by the OPA1 gene could have a very big social impact.
However, the researchers themselves, in Professor Farrar’s own words, say that there is still a long way to go before the real goal is achieved, which is real therapeutic treatment for humans.