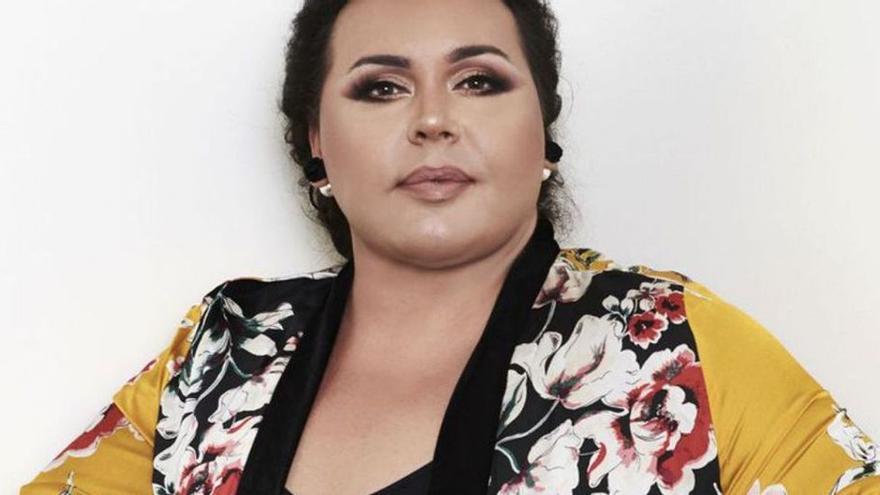 Falete (Seville, 1978) will travel to the Canary Islands on February 4 and 5, to perform at the Víctor Jara Theater in Vecindario, in Gran Canaria, and at the Auditorium of the University of La Laguna, respectively. He comes to the Islands with a show called ‘Desnudando el alma’, in which he will sing all his hits and offer a homage to the artists who have inspired him throughout all these years.

He usually comes to the Islands a lot. There seems to be a special connection with Canary Islands. How do they treat you in these latitudes?

I was there not long ago. They always welcome me very well when I’m there. Sevillians and Canarians have a very similar character. The truth and the truth is that every time I go I really enjoy the people, the weather and the Islands in general. Above all, I appreciate the affection that the public has for me.

You, who especially enjoy being on stage, how have you lived through all those months without being able to feel the warmth of your audience?

Very bad, with a lot of uncertainty and a lot of insecurity for not knowing what was going to happen. Above all, the worst thing was seeing what was happening and not knowing what the outcome would be, or when we could return to the stage or when it could return to normality, if we can call it that. The truth is that I have lived it with expectation, fear and a host of sensations that none of them were pleasant, really.

It was a very special moment. I remember that it was in the midst of a pandemic, in Cádiz capital, and with a very small capacity. I performed in a place that could fit one thousand or one thousand two hundred people and there were no more than 300 and with a huge distance between them. From the first occupied chairs to the stage they put a brutal distance. The separation between the public was also tremendous. But regardless of that and that everyone was wearing their mask, you felt that: the fear. There was fear and insecurity in the people. They wanted you and you wanted your audience but you could see that barrier in between. In that sense it was unpleasant but obviously it was a nice moment to be able to meet with your people.

He arrives in the Canary Islands with a show called Baring the Soul. Can you tell us about the repertoire that you will reveal during the concert?

It’s a very extensive repertoire in which I obviously review the songs with which I made myself known back in the day. In addition, I also go through everything else: the hits that I have always sung. Later, it is also very broad in terms of musical styles. I sing boleros, rancheras, flamenco, couplets, ballads, etc. I play very diverse and very different authors and I take a tour, a little bit, throughout my career, with things that I had recorded and a little also in tribute to those artists I have always admired. I have already sung some of them on records and not others.

Who would you include in that list of artistic references for your career?

They are the best…

Various. I’m trying to forget you, SOS, I’m sorry my love. There are several, there are like three or four songs that it is impossible to stop singing.

In this show he appears alone with the piano. It is a leap into the void.

I will be with the teacher Alejandro Cruz, who is wonderful. I tell him that he is the man with a thousand fingers because he is a true piano genius. That’s what’s on stage: just the piano and me. Nothing more. It’s very nice, it’s a show that comes very directly and that’s why it has that title. I appear completely naked on stage, there is neither musical formation nor a great set. Everything is very sober and very direct.

At this point in your career, when you have already established yourself as an artist, what are your dreams?

The most important of my projects is to continue learning to sing. I think it is an inexhaustible path that never ends up being consolidated.

Do you think there is much room for improvement?

Yes of course. To continue learning to sing is for me the true self-improvement. The artist who thinks or says that he has everything already done is wrong.

Will we see him touring many stages with Baring the soul in the coming months?

God willing, of course. In fact I start the tour in the Canary Islands, with these two dates. On the 12th I will be in Segovia and the following week in Seville and so on. I will resume, God willing and it is possible, the trips to America: Puerto Rico, Miami and all that part. What is needed is that there is a lot of salt, right now it is the most precious thing.

And will there be a new album soon?

Nothing, not at the moment. I don’t plan to record anything.