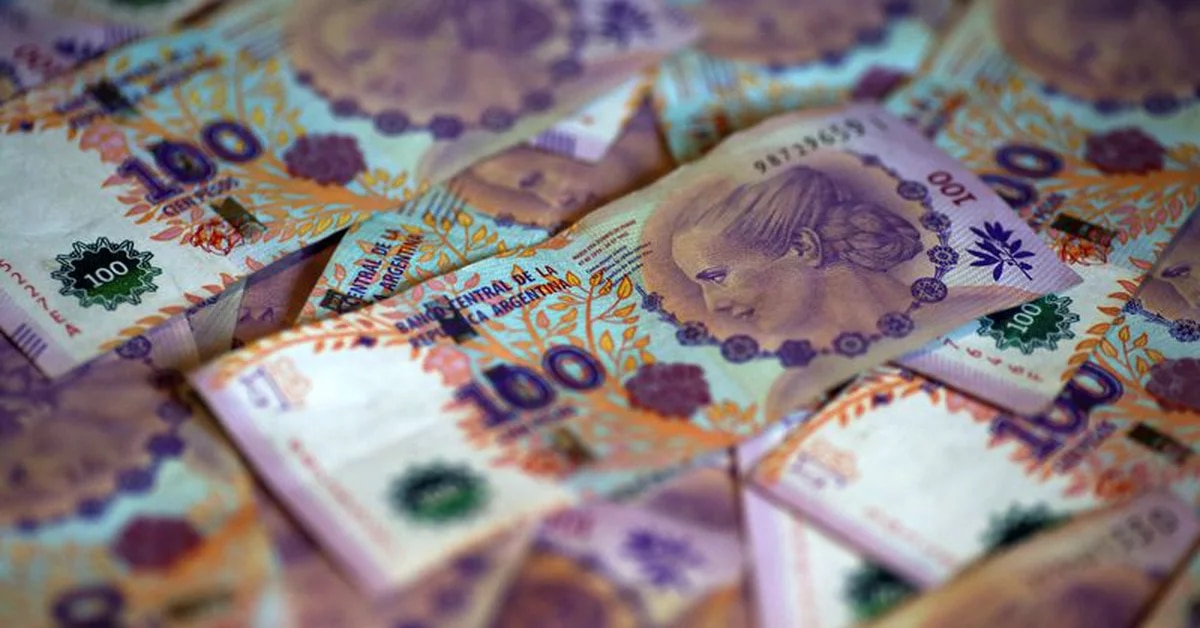 The Alternative dollars to the “stocks” shot up 5% and both stocks and bonds recorded significant declines, amid greater foreign exchange pressures due to hedging, given the no progress in the negotiations between the Government and the Monetary Fund International (IMF) to stretch the expiration calendar for a bulky debt of 45,000 million dollars.

The free dollar ended trading at $219 for sale on the small parallel market, in a new maximum historical. In the week, the informal currency advanced 9.50 pesos or 4.5%, while in January he earns eleven pesos or 5.3 percent.

Meanwhile, the exchange rate gap with the wholesale dollar, which ended at $104.34, widened to 109.9 percent. Thus, the gap reaches its highest levels since November 13, 2020.

Gustavo Quintana, agent of PR Corredores de Cambio, pointed out that “during the week the wholesale exchange rate advanced 50 cents (+0,5%), somewhat below the adjustment of the previous week”.

While the official dollar rose only 0.5% weekly, the free dollar climbed 4.5% and this raised the exchange rate gap to the 110% zone

The administration of Alberto Fernandez faces in the first quarter of 2022 maturities for about USD 4,000 million to the IMF and others USD 2,000 million to the Paris Club, at a time when the reserves of the Central Bank are limited.

“Although time is running out, we suspect that the Government of Argentina will secure a new agreement with the IMF in the coming months and will change towards more orthodox policies,” said a report from Capital Economics. “The greatest challenge will be to restore competitiveness of the currency while keeping a check on inflation and foreign exchange-laden public debt,” he added.

On Thursday it was learned that in December the trade balance was positive at USD 371 million, with which it accumulated a surplus of USD 14.75 billion in 2021, according to the National Institute of Statistics and Censuses (INDEC).

However the BCRA had to dispose of USD 130 million in the week to supply the private demand in the wholesale market.

“In addition to seasonality, there are two elements that allow us to think that the dollars could go in search of new nominal records: 1) the excess of pesos and 2) the deterioration of expectations due to an agreement with the IMF that is moving away,” they stressed. the analysts of Personal Portfolio Investments.

“That the negotiations with the IMF stall could increase the agents’ appetite for dollarization in anticipation of a government that refuses to easily abandon its highly expansionary fiscal and monetary policies,” added Portfolio Personal.

the leading panel S&P Merval of the Buenos Aires Stock Exchange lost 2.1% in pesos throughout the week, to stand at 83,662 points. Measured in “cash-settled” dollars implicit in the ADRs, the loss widened to 7.8 percent.

It should be remembered that the last week was very negative for international stock markets and this trend dragged down Argentine stocks even further. For example, him Nasdaq yielded in five wheels more than 7%, and the Dow Jones, 4.5 percent.

The Merval index plummeted 7.8% weekly in dollars, in a context of risk aversion, with abrupt falls on the New York stock exchanges

Regarding fixed income, bonds in dollars once again set a price floor since their release on the market in September 2020. Restructured Global bonds yield 12% in 2022, while the risk country of JP Morgan ended the week in 1,917 points basics, a closing maximum since debt swap.

The Economist Gustavo Ber He added that “the absence of relevant developments since the negotiations with the IMF, together with an external risk-adverse climate, continue to put pressure on domestic assets, despite punished valuations, a dynamic accentuated by an unfavorable technical position.”

A report of Research for Traders indicated that “investors are concerned about the fact that a agreement with the Fund takes longer than it should and extends beyond the first quarter of 2022. In addition, the market does not stop looking carefully at the strong increase in cases of COVID-19 in the midst of a third wave of contagion, with the fear that new restrictions on movement will be implemented and generate a new brake on economic activity”, while “the external context is still present, amid the presumption that the Fed to be more aggressive in rate hikes of interest this year.

“The contracara (of the market) is located in the Cedears (foreign shares listed locally), which in addition to always doubling or tripling local shares without any problem, with the new listings on the US indices they repeat excellent amounts”, said Rava Bursátil.

High inflation, many pesos on the street and falling reserves: why the free dollar reached historical highs
Argentine debt bonds fight in the ranking of the 10 riskiest countries in the world
The resolution of the FIU to block the purchase of financial dollars made them rise and will push the parallel market
In full negotiation of the agreement, in a week the IMF must pay maturities for USD 1,100 million
The dollar that rises the most: the “counted with liquid” is close to $220 and stretches the exchange rate gap to 110%